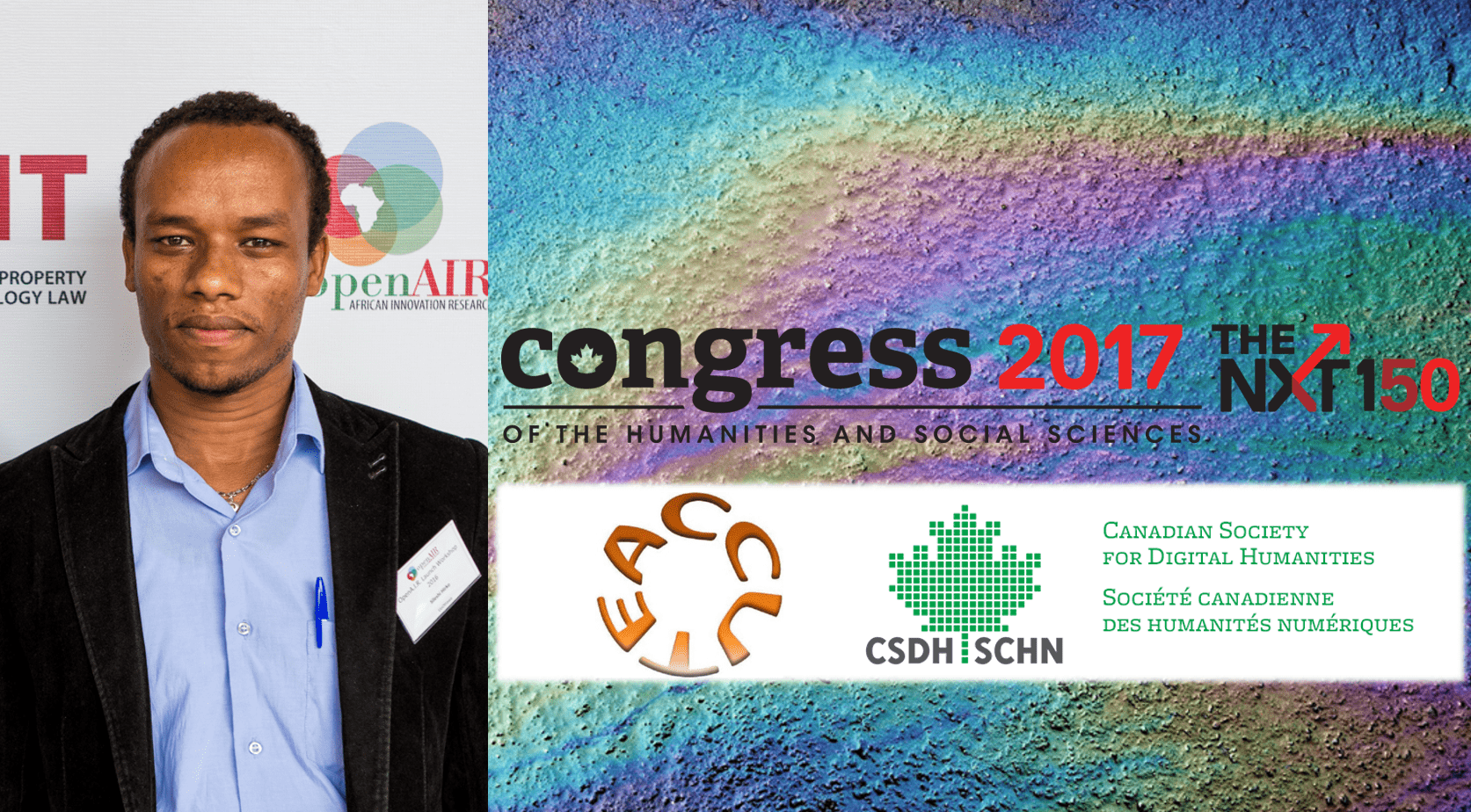 The last week of May 2017 was a week of great academic activity in Canada, Congress 2017. This event is run by the Federation for the Humanities and Social Sciences, with Ryerson University hosting this year. Congress 2017 brought together over 70 associations under the theme “The Next 150: On Indigenous Lands,” marking Canada’s 150th anniversary of confederation.

I had the pleasure of attending as a panelist at the event entitled “Canada’s 2017 Copyright Review: Academic’s Perspectives.” The panel I spoke at was jointly organized by the Association of Canada’s College and University Teachers of English (ACCUTE) and the Canadian Society for Digital Humanities (CSDH). It was meant to encourage public discussion based on academic perspectives, ahead of the government’s upcoming review of the Canadian copyright law amendment.

Back in 2012, Canada made an amendment to its Copyright Act. One instance of the amendment relates to art.29(4) of the Act, which provides an exception to copyright law for the purpose of education. There have been significant changes in Canadian copyright law, especially following a landmark decision by the Supreme Court of Canada in 2004 [CCH Canadian v. Law Society of Upper Canada]. In this case, the Supreme Court clearly stated that a “fair dealing” must be understood both as the right of the person using the material (i.e. “user’s right”) and as an integral element of the copyright system.

Against this backdrop, the panel discussion focused on the current status of fair dealing under Canadian copyright law and the reasons for ensuring adequate protection of users’ rights from various perspectives. On the panel with me were two leading Canadian experts on Canadian copyright law: Meera Nair and Lisa Macklem.  Both did an excellent job in examining the role of fair dealing to promote creative processes and advance the purpose of copyright in balancing creative and economic interests. While sharing the same theme, my presentation then took a human rights perspective, emphasizing the nature of users’ rights. The essence of my contention was that a fair dealing should be seen as a users’ right from a human rights perspective. The presentation was based upon my ongoing research on the relationship between the protection of copyright and the human right to education. Indeed, my research is not the first to emphasize copyright use from a human rights perspective. Rather, it has immensely benefited from the works of other leading scholars on the protection of users’ rights in Canada since the landmark decision in the CCH case.

Reframing User’s Rights in the Context of Human Rights

Building on existing research, I highlighted the fact that the amendment does not literally refer to a fair dealing as a user’s right in the Canadian Copyright Act of 2012. Further, in CCH and other recent cases, the Supreme Court of Canada has not taken into account a human rights perspective in its interpretation of a fair dealing as a user’s right. Thus, I argue that users’ rights need to be framed in the context of the appropriate fundamental human rights recognized in the relevant human right instruments.

For example, it is argued that users’ rights under the copyright law should be interpreted in the context of everyone’s right to benefit from scientific progress and its applications, the right to participate in a cultural life, and the right to education. All these fundamental human rights are incorporated in the International Covenant on Economic, Social and Cultural Rights, signed by several nations including Canada.

Finally, I am grateful to Open AIR for making my attendance at the Congress possible. I am also thankful to CIGI for its financial support for my study. Getting the opportunity to take part in such an event and contributing to such an amazing panel discussion is of great importance for my academic and future professional career. It also gave me the opportunity to establish a network with experts from various fields. My work is among the several instances of the transcontinental contributions of Open AIR in forging a collaborative professional network between Africa and Canada.