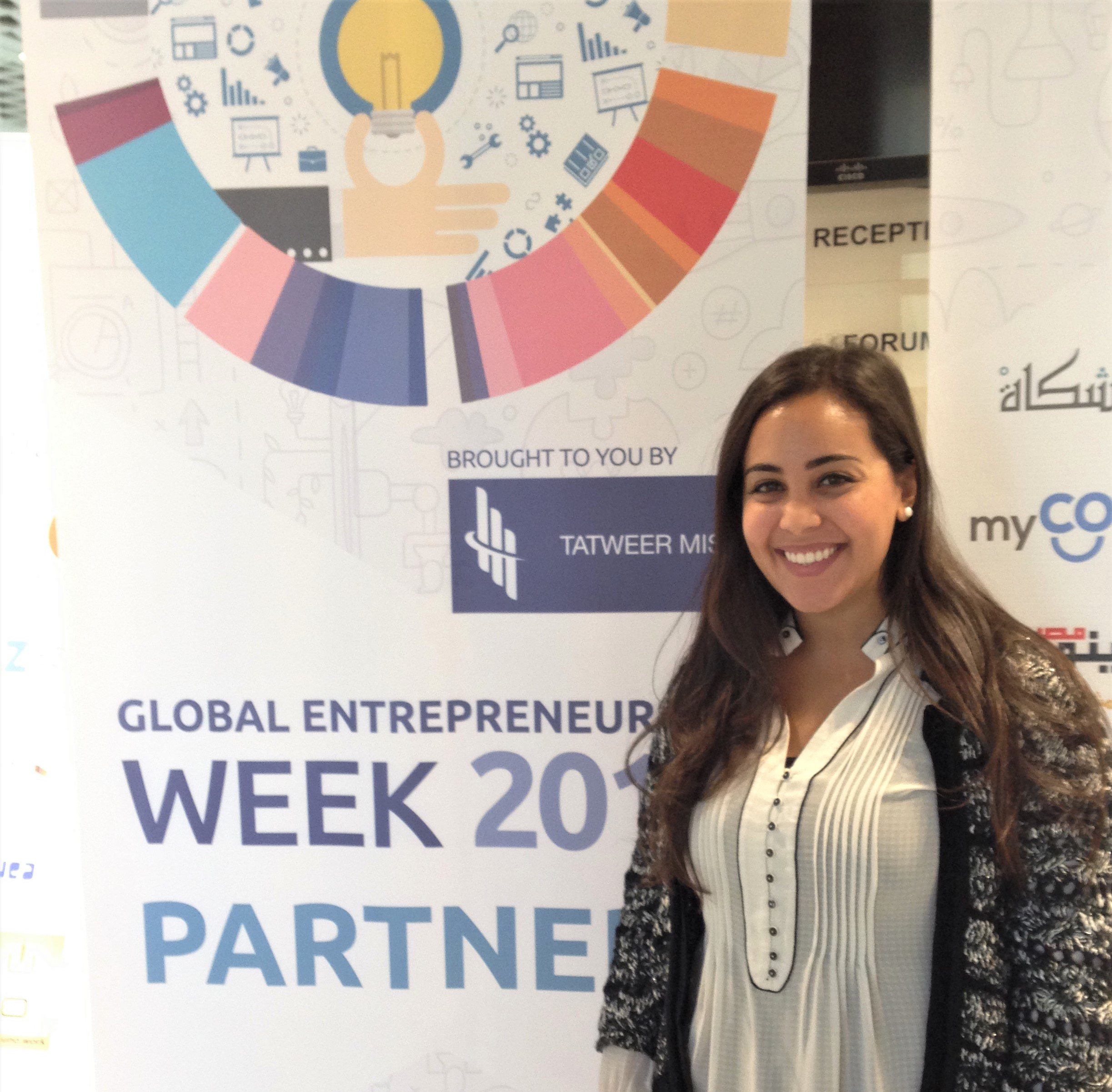 The Egypt Entrepreneurship Summit 2016 took place in El Gouna from 16-19 November. The Summit was part of a series of events that took place in Egypt in conjunction with the Global Entrepreneurship Week. A2K4D’s Senior Research Officer, Nagham El Houssamy, participated in the summit, speaking on the Data-Driven Innovation Panel on Friday, November 18.

This was the second Egypt Entrepreneurship Summit and the first in which A2K4D, based out of Open AIR’s hub at the AUC in Cairo, has participated. The Summit was well attended, with numerous stakeholders from the entrepreneurship ecosystem including academics, practitioners, and young entrepreneurs. Distinguished speakers included Mr. Peter Van Rooij, ILO Cairo Office & North Africa DWT Director; Dr. Luca Iandoli, International Council for Small Businesses President; Mr. Troy Lulashnyk, Ambassador of Canada to Egypt; and H.E. Dr. Sahar Nasr, Egyptian Minister of International Cooperation.

Plenary speakers stressed the important role of entrepreneurship in the creation of more and better jobs for Egyptians, going on to refer to entrepreneurs as agents of change. Dr. Iandoli raised an interesting question, asking whether it is best to pursue a quest for economic development based on social justice or only economic development. It was agreed that they do not have to be mutually exclusive and that the optimal path was to pursue both simultaneously, by encouraging and enabling entrepreneurship.

The Data-Driven Innovation Panel took place on the second day of the Summit. The panel was moderated by Dr. Raed Sharif, Senior Program Officer for the Technology and Innovation Program at IDRC, and included Dr. Hossam Abdelgawad from SETC Egypt; Ms. Basma El-bana from GIZ, Egypt; Mr. Chris Celiberti from Heal R World USA; as well as Open AIR Fellow Nagham El Houssamy. The objective of the panel was to explore existing and potential possibilities for business generation around data (i.e. data-driven entrepreneurial activities), where future career-building and job growth are going to occur.

Dr. Sharif began the session by showing a short video explaining the value of data for entrepreneurs (https://www.youtube.com/watch?v=ST9AUlBKS_4). “Data is the world’s greatest free resource”, he explained, “helping thousands of entrepreneurs around the world launch new businesses and come up with products and services”. Speakers discussed the ways in which digital entrepreneurship and data-driven innovation can contribute to the future of career-building and job creation for youth in Egypt.

In the interviews, data came up often as a means of improving businesses, creating further revenue streams, and as a benefit to other aspiring entrepreneurs.

The digital startups interviewed also brought attention to a second generation of data driven innovation: new data that has been born from startups’ business models. Startups have been creating new data sets as a result of their business models, which has in turn created sustainability for their businesses by providing additional revenue streams. Digital entrepreneurs have an early mover advantage in Egypt, and there is huge potential for second-generation data driven innovation, creating new products, new services, and improving efficiency. Interviews also revealed that digital entrepreneurs are discouraged from using available government data in doing market research, or creating their business models – due to the inefficiency and unreliability of this data. There is potential, however, for this to change through the proper utilization and sharing of data being produced by these entrepreneurs. In areas of consumer habits, for example, the data collected about consumer prices and employment figures are real, ground-up, localized data which can be used as an alternative to the available government data.

Events such as the Egypt Entrepreneurship Summit are a necessity for stakeholders in the entrepreneurship ecosystem, allowing them to share perspectives, interact, and ultimately align goals to further support entrepreneurs and create an enabling environment for them to thrive in. With a growing interest in entrepreneurial-related activities in Egypt and the region, check out A2K4D’s website and social media for updates on the topic.