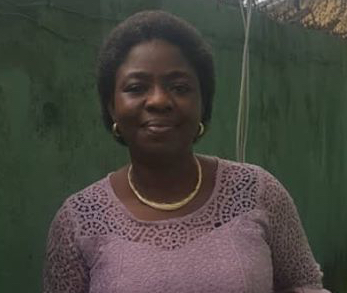 While empowerment of women is a priority for many African countries, unfortunately, in most African communities women are less likely to work and when they do, they lack either partial or total autonomy on their work. This significantly contributes to their disempowerment, leaving them in poverty; they earn less than men for similar work and in many places there is still the stereotype that a woman’s place is in the kitchen. In addition, many women are ignorant of the knowledge and skills that can empower, protect and elevate them. Women are underrepresented in politics, as politics is often seen as men’s affairs, borne out of another common stereotype, that women are to be seen and not be heard. In many countries, women are denied their rights to own land, manage property, conduct business, and make decisions independent of their husbands. In many West African societies, men own everything and male children are favoured. Therefore, women are in many cases, barred from having access to the tools of their empowerment, the primary being education.

Despite the efforts of various Nigerian governments at integrating women fully into development agendas, gender inequalities have remained pervasive. Nigeria is a highly patriarchal society which continues to, most often, have men’s domination of women in all spheres of life. Evidence abounds that the country falls short of the desired result of giving men and women equal opportunities to advance socially, politically and economically. Women participate less than men in both government and industrial sectors, with few women being seen in sectors such as engineering, medicine, architecture, carpentry, masonry, plumbing, to mention but a few. In entrepreneurship, women are less likely to be given loans to engage in mechanised farming and other forms of entrepreneurship, compared to their male counterparts. In leadership and politics, women are less represented.

My personal life experience has a bearing on this research. I grew up in a rural area in Nigeria and saw firsthand how women and girls were rendered powerless and marginalised, suppressed, and oppressed. In the society I grew up in, the birth of a son was welcomed with pomp and pageantry, whereas that of a daughter was not so celebrated. It was a society where female children were often denied further schooling after primary school (if they even finished primary school at all). This was because many schools after primary level were boarding schools, away from home, leading parents to fear their daughter would get pregnant outside wedlock, thereby disgracing the family. Meanwhile, male children were often sent to school and encouraged to travel. Although there has been much progress made in furtherance of education of the girl-child, the situation at present is still not too different from what it used to be back then. My quest to find measures to eradicating women/girls’ oppression has formed the basis for my research.

I recently joined the Open AIR team as a Queen Elizabeth Scholar at the University of Ottawa hub. My research, entitled, Education and Training as Determinants of Gender Equality and Women Empowerment in Southwest States of Nigeria, aims at examining the roles of education and training in promoting gender equality and women’s empowerment, with a view to suggesting innovations that could facilitate the promotion of education as a tool in the eradication of gender inequality and ensuring the empowerment of girls/women.

The opportunity given to be an Open AIR Fellow, and thus join with others across the globe in solving the age-old problem women’s misery, is a rare privilege for which I am highly grateful. I have already started conducting my research and look forward to connecting with others in the Open AIR network who are also working on women’s empowerment.

This is only the first blog post of many that I plan to write so follow Open AIR and my work on our website and social media. My next article is coming soon.