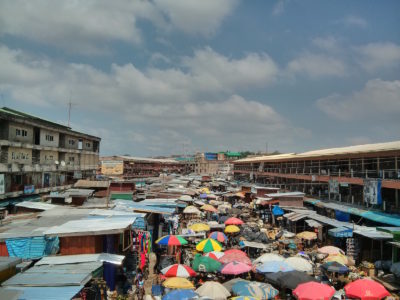 In mid August, Open AIR hosted a roundtable discussion on makerspaces and innovation hubs in Africa.  I found it really fascinating to take part in the discussion, which featured a number of uOttawa entrepreneurship and engineering professors, Open AIR researchers, visiting professors, and staff from IDRC.  The presentations and follow-up conversations were thought provoking and the room had a great mix of diverse ideas.

One of the highlights for me was a set of presentations by Chris Armstrong from the University of Witwatersrand and Meika Ellis from Open AIR, who had travelled throughout South Africa researching makerspaces and innovation hubs.  They discussed these spaces and the communities that have formed around them, as well as the efforts that maker groups are taking to share knowledge and promote STEM education in their communities.

One interesting distinction that Chris and Meika discussed was the emphasis in some makerspaces on “age-old” technologies – woodworking, craftsmanship, jewelry – rather than 3D printers, laser cutters, and other more expensive tools that we often associate with makerspaces here in North America.  That lined up closely with what I’ve seen of workshop spaces in Ghana.  In Kumasi, craftsmen at Asafo market make leather sandals, day-in and day-out, while woodworkers at Sokoban wood village and Oforikrom build identical chairs and desks and bed frames.  These crafting spaces (complete with worker associations, apprenticeships and the like) provide gainful employment to a lot of Kumasi’s citizens but – as they create the same goods, by rote, every day – they don’t have the kind of emphasis on creativity that we often typically associate with makerspaces.

Kumasi recently launched its first of these more creative, technology-infused makerspaces, Kumasi Hive, which was funded by a successful Kickstarter project a few months ago.  Kumasi Hive has 3D printers and has already run workshops with students from KNUST on innovation and creativity.  I wasn’t able to visit it before I last left Ghana, but it has been exciting to follow along on its progress since the Kickstarter campaign.  Likewise, Accra has a number of innovative makerspace projects: the AMP project located at Agbogbloshie (one of West Africa’s largest e-waste dumps), AeroShutter which does drone photography, and a number of other technology-powered art collectives.  Outside of hardware and craftwork, Ghana also has a thriving software startup scene and a number of IT hubs in Accra and Kumasi including iSpace, Hub Accra, and hapaSpace. Each of these spaces play a key role in Ghana’s technology community.

One of the challenges facing makerspaces like Kumasi Hive, however, is that importing electronic equipment and tools into Ghana is still tremendously expensive.  Financial barriers are also an issue for young entrepreneurs launching software startups, but these only require a laptop – an expensive but one-off purchase – and an internet connection.  Physical craftsmanship and hardware also have the difficulty of requiring a continual supply of materials, replacement parts, and other equipment that must be imported.  Kumasi Hive’s successful Kickstarter was a great way of overcoming this initial barrier, but I wonder how quickly it can expand, and how quickly similar makerspaces could launch across Ghana, given the high financial costs.

All of this connects back to the questions that started off the roundtable discussion: who participates in and who has access to makerspaces (both in North America and in Africa)?  How do we make these spaces more diverse, reaching women and minority groups who face significant societal barriers in STEM work?  How do we encourage creative and innovative work, particularly in the face of education systems that tend to emphasize repetitive and rote learning?  I fear that, in many places including Canada, creativity itself is a privilege; afforded only to those with the free time and financial freedom to dedicate to it.  The woodworkers at Oforikrom could one day be creating wooden sculptures, furniture, and creations that they dream up rather than the same chairs and bed frames every day.  Young people in Canada who are working repetitive day jobs could rekindle their creativity by finding welcoming makerspaces to learn new skills from.  That’s the kind of future I hope we can move towards, and supporting creative and inclusive makerspaces is part of getting there.

All told, the research that Open AIR is leading makes me really excited and I look forward to following the team’s progress and findings over the coming years.