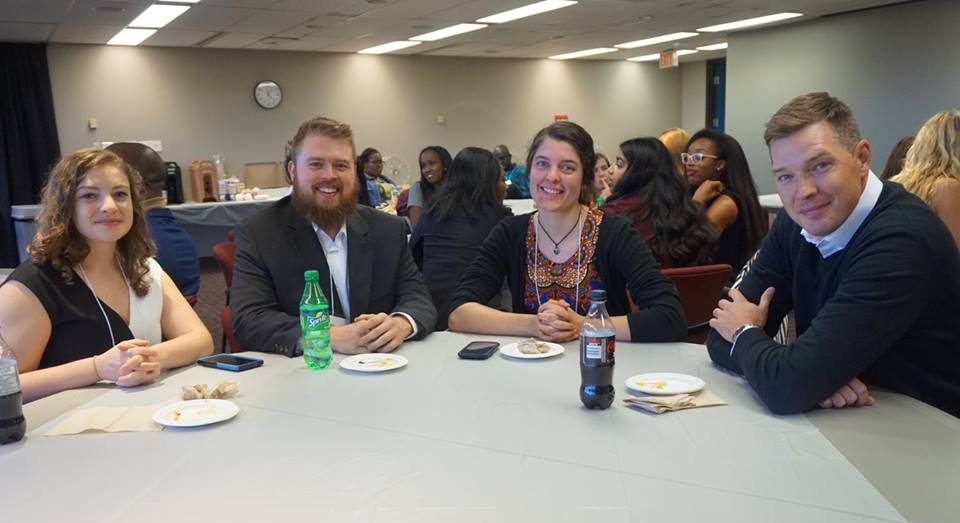 Back in October 2016, three of our Open AIR Research Fellows had the unique and rewarding opportunity to participate in the Second Annual Institute of African Studies Undergraduate Research Conference at Carleton University’s Institute of African Studies. Undergraduate researchers from across the globe presented their research findings on a wide breadth of topics – from fiction describing Nigerian culture, to professional development for youth in South Africa, to political structures that influenced the welfare state in Tanzania and Kenya.

Our Research Fellows highlighted issues and opportunities for innovation and intellectual property (IP) on the African continent. These presentations complimented those given by the IAS Chair, Professor Pius Adesanmi, and Deputy High Commissioner of Kenya to Canada, Professor Jane Onsongo.

Professor Adesanmi opened the conference, noting that Facebook creator Mark Zuckerberg had recently visited Nairobi and that events like these are changing the discourse about Africa from images of victimhood to “Africa Rising”. Amb. Osongo reaffirmed this, asking the crowd to help her understand what “Africa rising” really means. To her, the phrase means seeing Africa as a self-sustaining economic hub, recognizing the achievements of young and innovative Africans like the three Kenyan women who founded Farmdrive, and reviewing the way we measure innovation to ensure that these achievements are counted.

Prof Onsongo on Africa After Africa Rising: “Each of us can contribute by researching&sharing innovative solutions” #IASUNDERGRADCONFERENCE

Open AIR at the IAS Conference

Open AIR Fellow Alyssa Gaffen’s presentation spoke directly to Professor Osongo’s call to action. She discussed indicators that claim to measure innovation in Africa and how these statistics often inadequately capture the breadth of activity occurring on the continent. More specifically, she discussed the consequences that using conventional, “IP-centric” indicators has on science, technology, and innovation (STI) policymaking. Conventional innovation indicators often quantify formal IP rights and present these numbers as a proxy measures for innovativeness, or a lack thereof. These statistics set standards that have little to do with the type of innovative activity occurring in African countries; therefore, they are likely an unsound basis for effective STI policy. Instead, Gaffen suggested alternative ways to measure STI, and emphasized that contextually appropriate STI measurements would likely lead to more effective policy.

Open AIR Fellow Jeremy Baarbé then presented on the 134-year history of international IP treaties that have impacted the continent. The first, from 1885 to 1935, saw international treaties extending European IP policies to their colonies, ignoring already existing African approaches to creativity. The second, between 1936 and 1965, saw the many newly independent African states responding to international pressure to maintain the treaty commitments of their former colonizers. The third, between 1966 and 1995, shows developing countries attempting to have more leverage over international IP treaties to better reflect their interests, with limited success. This period ultimately resulted in developed countries linking acceptance of western IP policies to participation in global trade, culminating in the creation of the WTO. And fourth phase, beginning in 1996 and continuing until now, has been characterized by the proliferation of treaty ratifications across the continent. This latter phase has resulted in African countries often being limited in their domestic policy flexibility and driving growth of the informal economy. Nevertheless, Baarbé finds that policy space still exists for parallel models of knowledge governance based on openness and collaboration.

The conference had a great atmosphere and provided us the opportunity to present our working papers while meeting with other emerging researchers focused on the African continent. We came away with an invaluable learning experience and are eager to seek out more opportunities to develop as speakers and researchers. Many thanks to the IAS Conference for accepting our submissions and for hosting this wonderful conference.