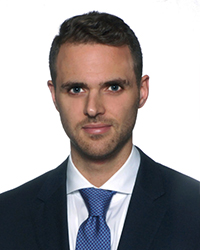 Adam Soliman is currently pursuing his Juris Doctor at the University of Ottawa with a specialization in Technology Law. Adam holds a BA (Honours) with Distinction from the University of Toronto, with an emphasis on Global Affairs and the MENA region. During this time, Adam also participated in developing a holistic curriculum that included STEM education and cultural information while teaching at a leading English language school in Beijing, China. In 2007, Adam co-founded Digikidz, an educational camp aimed at introducing youth to software, robotics, and other emerging technologies in the greater Toronto area.

As a legal research assistant, Adam co-authored a publication with Professor Jeremy de Beer, Click here to agree: Managing intellectual property when crowdsourcing solutions. The paper was presented at the 2016 Open and User Innovation Conference at Harvard Business School. Adam has received awards for his written and oral advocacy, winning the Nelligan O’Brien moot competition in 2015. He helped draft documents for an Intervention in a landmark patent case before the Supreme Court of Canada in 2016. He is currently focused on the nexus of open innovation, intellectual property, and consumer crowdsourcing in Egypt and Canada. He loves the outdoors and is interested in the convergence of health, technology, and law.