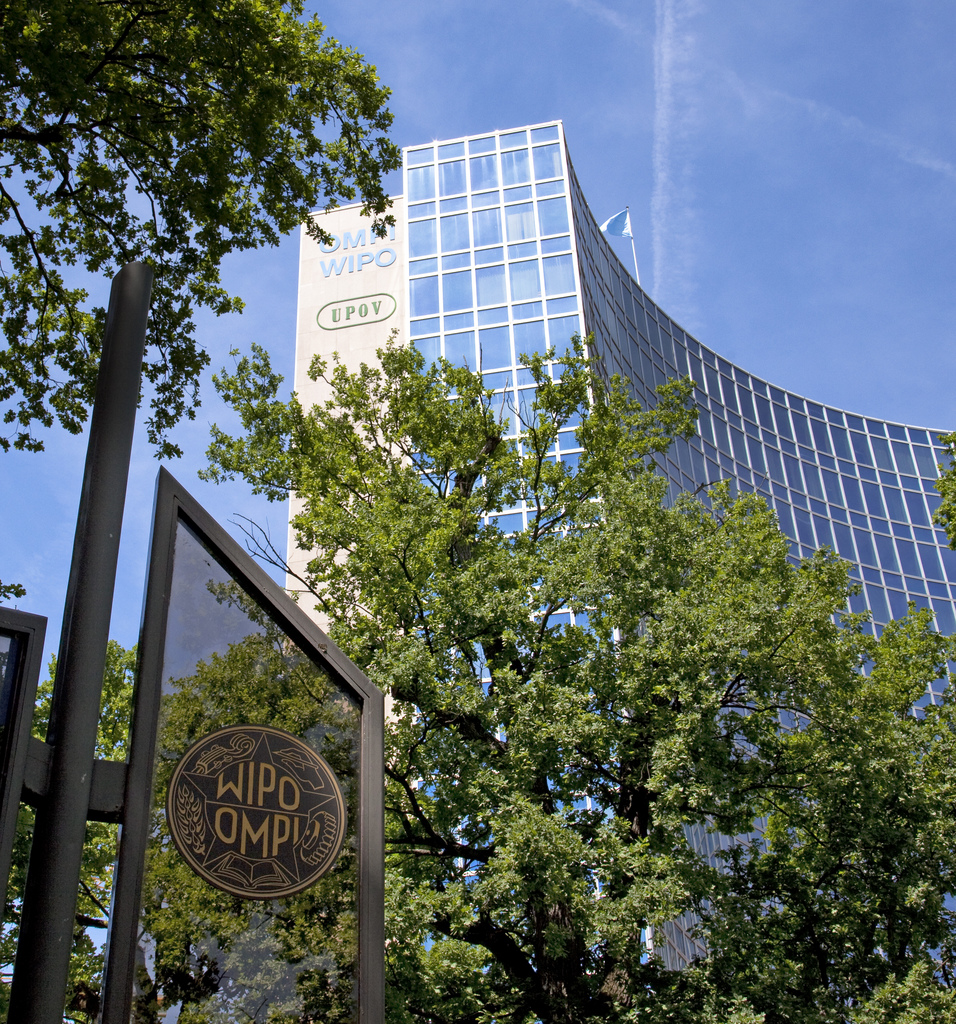 After six days of deliberations (June 24-29, 2018) to secure a mature text for the protection of genetic resources and associated traditional knowledge, delegates left the negotiations with mixed feeling while remaining resolute on the progress made. The mixed feeling arose from the decision of the United States and its ally, Japan, not to support the transmission of the resulting text of the negotiations: REV 2 to the 40th IGC as a consensus document pursuant to the ongoing mandate of the IGC for the current biennium.

The Rev 2 text which was crafted by the two facilitators and friend of the chair was the product of a complex but enriching work methodology adopted for the 36th IGC. This included the pre-IGC ad hoc technical expert group which was set up by the IGC with a mandate to flesh out details and advance understanding over key issues to the GR text, namely subject matter and scope, trigger for disclosure of source or origin of GRs in intellectual/patent application, clarification of pivotal terms, consequences of non-disclosure of source or origin of GR and associated TK, the use of databases and issues around due diligence. The experts were selected across all geopolitical blocs and were required to participate in their personal capacities.

The report of the ad hoc technical expert group on GR was presented to the IGC 36 plenary by the co-chairs of the expert group, Pedro Roffe and Ms. Krisztina Kovacs   It was adopted and recognized as a resourceful tool to facilitate negotiations. In addition to the ad hoc technical group, after its commencement at the plenary, the IGC 36 convened another high-level expert- driven forum, known as contact groups. There were three such contact groups that focused on, respectively: 1) subject matter and scope, 2) trigger(s) and, 3) sanctions/consequences of non-disclosure. Again, experts were selected into the three contact groups to ensure broad geographical representation. Each of these contact groups reported back to the plenary – which is the decision-making organ of the IGC. After their report, the IGC constituted, on the fourth day, the informal group where experts withdrew from the plenary setting to exchange views and further hash out issues building upon the report of the ad hoc technical expert group and the work of the contact groups, all of which were captured by the facilitators’ Rev 2 document which was released at noon the last day (June 29).

The Rev 2 document reflects a major substantive effort at closing gaps on all the key outstanding issues on the IGC’s draft GR text. It reflects some middle ground over the scope of the subject matter. There is accommodation for the applicability of the text to other IPRs regimes in general as a matter for future review of any resulting instrument. But as a significant shift, the Group of Like-minded Countries (LMCs) acknowledged the primacy of patent as the regime of IP most implicated in a GRs text. This understanding is reflected in the heavy leaning of the Rev 2 document on patents in terms of language and substance. Also, language was formulated in Rev 2 to reach a middle ground between the inclination of developed countries for a trigger that arises when invention/IP is “directly based on” or makes “immediate use” of GR and associated traditional knowledge on the one hand, and a language that recognized current technological reality in which the use of GRs is not a factor of researchers’ direct physical contact with those resources, which is the approach favoured by developing countries, on the other hand.

Finally, Rev 2 attempts bridging the gap over the inclination of developed countries to insist that the validity of patent/IP should not be affected by non-disclosure of origin/source of genetic resources and associated TK and the maximalist desire of developing countries for revocation as a direct consequence of non-disclosure. Under Rev 2, revocation is an option of last resort where the circumstance for non-disclosure is fraudulent. There is also a provision for dispute settlement and corrective steps in pre- and post- grant situations.

On the last day of the six days of negotiations, member states were invited at the plenary to make their comments on the Rev 2 document as a prelude to final remarks and finalization of the work program for the 36th IGC (which was the last opportunity to negotiate on the GR text for the 2018-2019 biennium). Initial remarks by majority of the delegations and negotiation blocs, including Like Minded Countries, the Africa Group, the Group of Latin American Countries, etc.  affirmed the significance of the Rev 2 document as a major improvement to GRs negotiations that have substantively closed lingering gaps. An overwhelming majority of delegates and negotiating blocs who took the floor affirmed the sanctity of the Rev 2 document. They were unanimous that even though no single interest got all they wanted, the document was remarkable as “a package deal” with “something for everyone.” Delegates agreed that the document could be adopted as the operative text for further work on GR text to be transmitted to IGC 40 in accordance with the operative mandate of the IGC 36.

When it came time for the United States to speak, their delegation decided to bushwhack the process. The Americans rejected the apparent consensus over the REV 2 document which, they alleged, neither reflected its textual contributions nor what had happened throughout the 36th IGC process. Despite being involved in the ad hoc technical expert group, the contact groups and the informals, the United States delegation rejected the process that gave rise to Rev 2 documents and indicated that it would not consent to having the document adopted by the IGC 36 for transmission to IGC 40 as the official negotiation text on GRs. That singular position put spanners on 6 days of intensive negotiations. It calls into question whether the principle of consensus in international law as practiced at WIPO is the same as unanimity.

Lik- Minded States Respond in Unison to the US

Frustrated, developing country delegates under the auspices of like-minded countries (LMCs) sought an adjournment of the proceedings in order to consult amongst themselves. When the plenary reconvened after more than an hour the delegation from Indonesia, speaking on behalf of like-minded countries, read out an elaborate position statement from the group which represents the majority of member states of WIPO. The group restated its resolve on the integrity of the complex but productive process adopted by the IGC 36 which yielded the text of Rev 2. It noted that despite all the efforts of the last 18 years to realize the mandate of the IGC, “there are also engagements with the intension to delay, or widen gaps or even block the progress.” Throwing bait to the rest of the countries, the LMCs demanded to know if there was any country that identified with the position of the United States for record purposes. Only Japan took the bait, a situation that help to further isolate the United States. The LMCs insisted on the sanctity of the Rev 2 Doc. Instead of outright rejection, the LMCs in collaboration with the EU and the Chair arrived at a compromise on the Rev 2 as follows: “The committee developed on the basis of [consolidated proposals document 36/4] a further text [Rev2]. However, the member states were unable to reach consensus on [Rev2] and the committee decided to transmit” the Rev2 text in the annex to 36/4 (which is the substantive text on GRs before Rev 2) to the 40th session of the IGC. This was before the Chair, Australia’s Ian Goss, after failing to convince the US to come board, hinted that he may exercise his discretion to raise a “Chair’s Text” on GRs after necessary consultations. The decision to make Rev 2 an annex to 36/4 proved to be a compromise position in contrast to US’ inclination to toss the document out in its entirety.

In their further closing remarks to the long-drawn last day, delegate after delegate decried the United States and Japan’s conduct in blocking negotiations and expressed the resolve of majority of the countries to move forward with the progress made and not allow the IGC process to be frustrated. Contrary to the position taken by the United States, delegations expressed confidence in the creative process through which the 36th IGC was conducted and which they recommended for adoption in future negotiations because of its efficient and productive outcome.

Aside from the controversy arising from US’ decision to bushwhack negotiation on GRs, another important development was the conspicuous absence of members of the Indigenous Caucus during the controversial closing proceedings. It was not immediately clear whether that was indicative of their distaste for the state of negotiations following the US’ intervention (after which there was no more participation by the Indigenous Caucus) or whether it is a factor of extended deliberation of the last day which risked disruption of delegates’ travel schedules.   Whatever the reason, the depletion of the voluntary fund that supports Indigenous peoples’ attendance at the IGC was another important issue which featured at the conclusion of the 36th meeting. The IGC chair called on member states to intervene to replenish the funds in order to support continued indigenous participation at the negotiations. Stakeholders and delegates to IGC including member states of WIPO must be constantly reminded that without Indigenous peoples’ informed participation, the IGC process faces a legitimacy challenge that could undermine its eventual outcome.

For more from Chidi Oguamanam about the WIPO negotiations, see our partner ABS Canada’s website here.