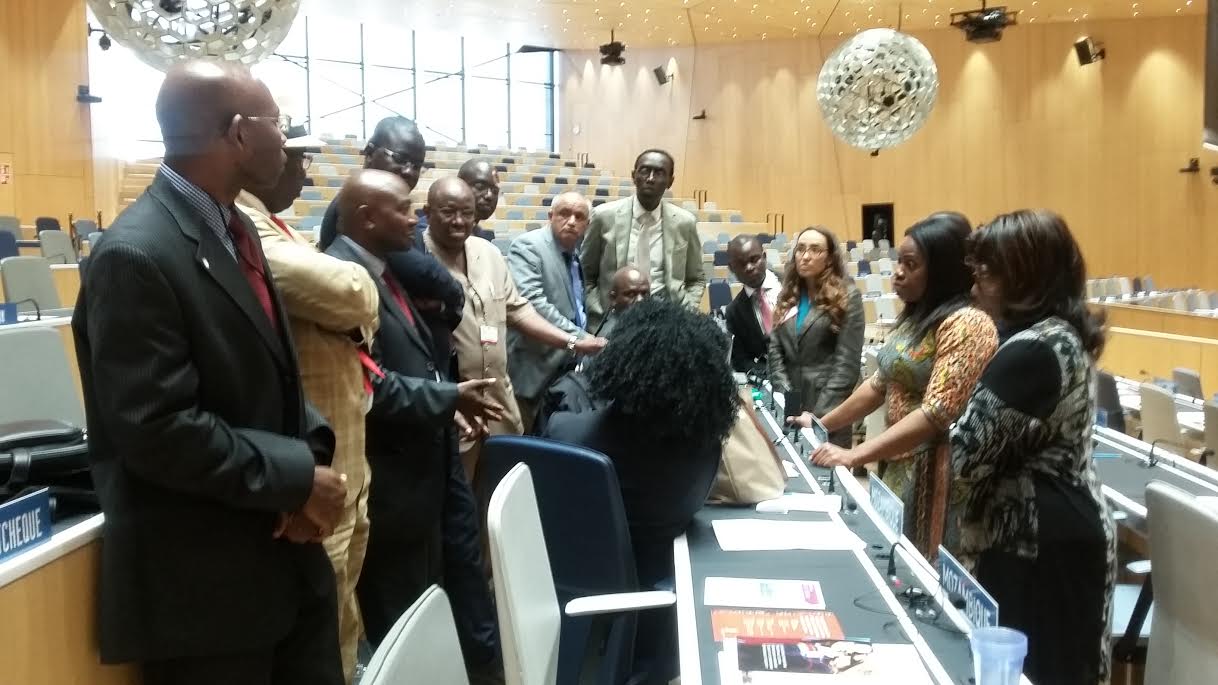 The World Intellectual Property Organization’s specialist committee charged with negotiating text-based instrument(s) for the effective protection of Genetic Resources (GRs), Traditional Knowledge (TK), and Traditional Cultural Expressions (TCEs), on Friday June 16 2017 concluded its 34th session with partial agreement on its mandate and on the fate of the committee and its work program. On a positive note, the committee agreed that progress has been made in narrowing the gaps on the texts of three instruments pursuant to its now-expired mandate for the 2016-2017 biennium.  The specialist committee, however, agreed that much work remains to be done before any significant moves are made to draw the work of the committee to a close, which will likely be done via a diplomatic conference. Such a conference is inherently a more political platform wherein any lingering issues would be resolved by delegates in order to agree to final versions of the text-based instruments in separate or consolidated forms.

The 34th session of the IGC was the last in the 2016-17 biennium of the Committee’s program of work. It was devoted to concluding negotiations by closing gaps in the least advanced of the three working text instruments – the TCEs text. While the Committee has done good work improving the texts on GRs and TK, these are much more advanced than the instrument on TCEs, as I have written about here. The June 2017 meeting finally produced a revised text on TCEs. Expectedly, the text still had multiple alternative drafts and countless brackets (indicating lack of consensus by state parties) on major outstanding issues. Nevertheless, the outcome reflects a marked improvement over previous sessions. Such an outcome was no surprise for the 17-year old Committee whose work has been an exercise in patience, where progress in painfully incremental, and easily reversible in the usually unpredictable course of diplomatic negotiations.

In my view, the most dramatic and lasting outcome of the 34th IGC this June was visible disagreement between regional negotiating blocs and member states on a number of key issues. This disagreement manifested itself first in regard to stock taking, which the June meeting was mandated to undertake. Specifically, parties could not agree on how best to characterize the current texts on GR, TK and TCEs and their implication regarding the future work of the IGC. Some negotiating blocs were inclined to amplify the advanced state of the GR text as evidence of the Committee’s progress. That way, the GR text was projected as indicative of progress toward a diplomatic conference even as work continues on the two remaining texts under a revised and tightened mandate.  Such a posture, proponents believed, could pressure the Committee to work toward an agreement on the less advanced two texts under a renewed mandate.  However, other segments of the negotiating bloc (especially the non-demandeurs) disagreed, preferring not to privilege one text over the others. They were inclined to have the Committee continue its work with the three documents on a common and slower pathway requiring more studies and evidence-based approaches. This position taken by the non-demandeurs short-circuited the prospects of an early diplomatic conference entirely.

As a result of this divergence in vision, the 34th IGC was unable to achieve a consensus on the details of its second major agenda item (agenda 8) of the just concluded biennium, namely “stock taking of progress and making recommendation to the General Assembly.” At the end of 5 days of deliberations, the Committee adopted the following decision on that agenda item and:

The IGC further noted the progress made in narrowing gaps and advised on need for more work as it transmitted to the WIPO GA “the results of its work on genetic resources, traditional knowledge and traditional cultural expressions:

Aside from the recommendation that Committee work continues into the 2018-19 biennium, the Committee was not able to agree on the precise details of this mandate. Rather, it reserved the discretion to attach a provisional draft of the mandate for the consideration of the General Assembly – the highest decision-making body of WIPO, which next meets in October 2017. In essence, the Committee kicked the can on the details of its future and mandate further down the road. That decision in itself is not unexpected since the Assembly makes final decisions on Committee’s mandate anyways – the Committee can only make recommendations.  But what is different is that the Committee did not reach agreement in any specific issue on the mandate save on the issue of its renewal or continuation. As a result, it was not able to make any specific recommendations on its mandate. Given the busy schedule of the GA, it remains to be seen if the body would have enough time to fully and effectively deliberate on the details of the Committee’s mandate at this crucial stage when different Committee members are anxious for a concrete outcome, while others appear invested in interminable negotiations with no vision for advancement and progress. For both demandeurs and non-demandeurs, patience appears to be wearing thin, and a lack of any substantive guidance from the IGC has created a situation that leaves the GA in a precarious position.

“The Committee strongly encouraged and called upon members of the Committee and all interested public or private entities to contribute to the WIPO Voluntary Fund for Accredited Indigenous and Local Communities”.

It is hoped that the Committee’s consistent appeals to member states to replenish the voluntary pool of funds dedicated to supporting the attendance of Indigenous Peoples and Local Communities will be heeded. As well, future phases of the Committee’s work present substantive opportunities for Indigenous Peoples and Local Communities to strategize at national, regional and global levels to boost their participation at the IGC at the next crucial stage. Australia was the last country to announce financial support to the Voluntary Fund.  Canada has yet to make its commitment, any any, to support Indigenous Peoples’ participation at the IGC felt, a development that is starkly at odds with the Trudeau government’s public commitments to strengthening relations with Indigenous Peoples through reconciliation.