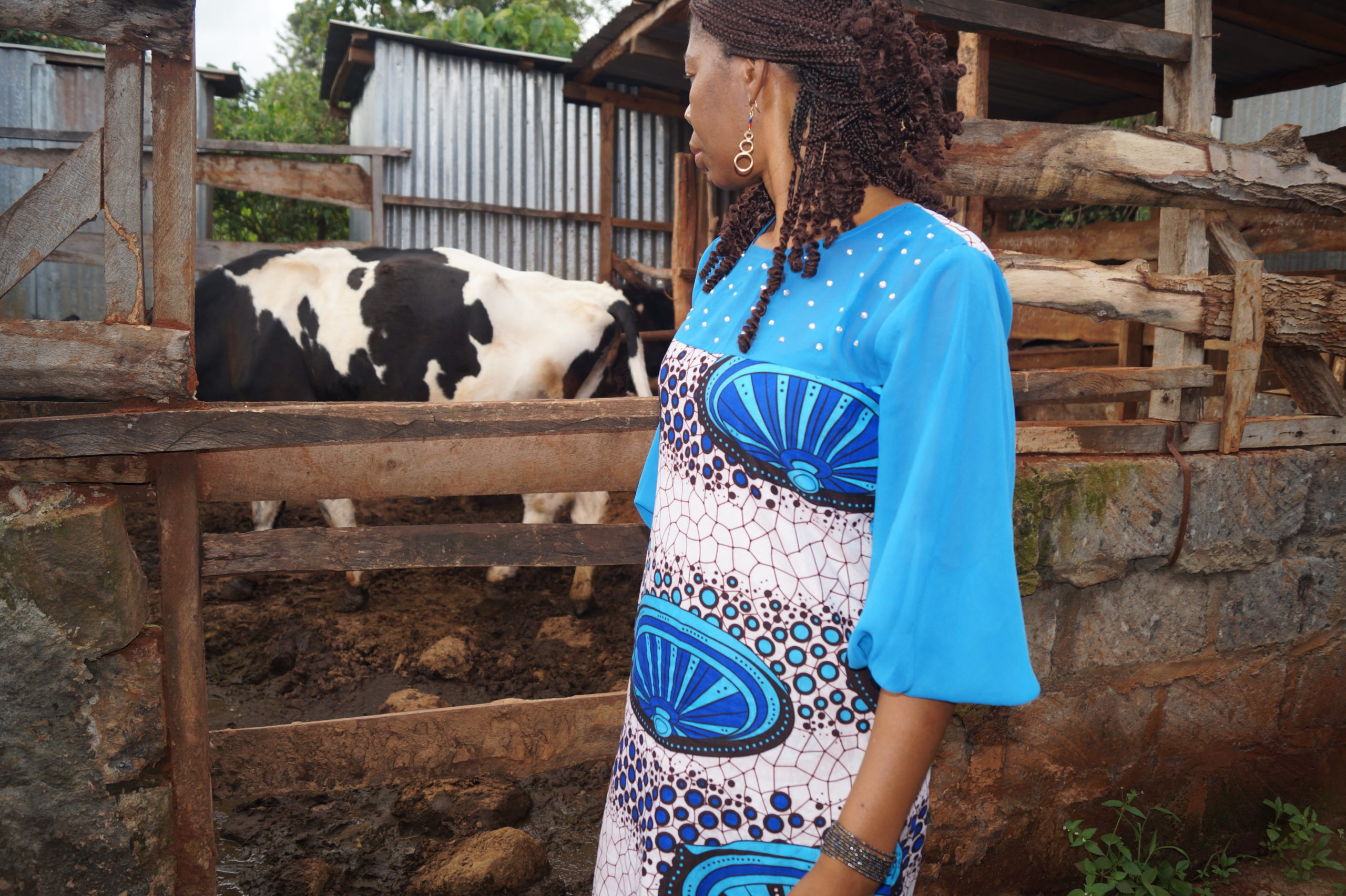 Mnena Abuku is an Open AIR Queen Elizabeth Scholars Fellow. She conducted several months of research in Kenya and is now back in her home country of Nigeria, finishing her writing.

The very first time I visited Wanyori community, I was stunned by the number of fat cows I saw. They were let out to graze on the lush green grass around the surrounding environment. There were some goats strutting at a corner of a shed and pigs in a pen.

The purpose of my visit was to seek the permission of the community members to conduct research in their community and to fix an appointment with the women on when to visit for interviews and discussions (for more about my research, see my earlier blog post here). It was a short visit since I needed to introduce myself to the women and also brief them on the purpose of the visit.

Wanyori is a very small rural area in Rwaka town. The people are mostly farmers, including the women, who also keep animals.

On the appointed date, my research team and I set out to the rural area. We had agreed to meet at Rwaka Junction, a very popular spot, before proceeding into the community proper. It is interesting to know that the journey into Rwaka, which was supposed to last for thirty-five to forty minutes, took more than two hours because of a traffic jam on the road. My team arrived well before me since they live in Rwaka, while I had to come from Nairobi.

The journey took us through some very prosperous areas; we travelled past the Canadian High Commission (Embassy), Two Rivers (a very popular mall and the largest in Sub-Saharan Africa), the United Nations (UN) office in Kenya, Runda, and several other diplomatic missions, to get to the community. Rwaka is splattered with small buildings and stores. Most of the buildings are painted in bright colours. We then took a turn and began to drive slowly on the dusty dirt road.

When we finally arrived in Wanyori, we saw a small shopping centre where the community gets its groceries and other commodities. There was a primary school and three different churches, Catholic, Baptist and Anglican. In the open space, was a donkey tethered to a tree and some sheep grazing in the background.

After being dropped off at this spot, I now had to take a long walk into the community proper. My research team welcomed me and we moved over to meet the first group of women who were expecting us. They were really pleased to receive us in their community and had even prepared ‘Kideri’ (a mixture of beans and maize) as a special dish for me. This is very common across Africa for people to welcome guests with food. I tell them that, since I am there for work, I will eat when next I visit. In order not to disappoint or make them feel bad for turning down their kind gesture, however, I drink some water to show my acceptance and union with them I did not know the source of the water but hoped that would go well with me. Thankfully, they were happy with my gesture.

The Business of the Day

The first homestead we visited had goats and a vegetable farm full of kale. This vegetable is a very prominent species, as women consider it a delicacy and use it in their cooking. The goats, on the other hand, are a source of income for the women by selling their milk.

Several women keep chickens and pigs, while other women had coffee farms. While there, I was taught how to pick coffee beans (it was my first time of seeing a coffee farm). The beans are small like berries; some had already ripened and turned red in colour.

I noted that the farms were quite large for a community that is so small and has little resources. As I did not see any tap water or boreholes around, I presume the water they gave was from water tanks probably stored there.

Some women kept cows and housed them in same compound where they live.  They are fed dry hay and their dung is used as manure for crops or in vegetable gardens. I saw that young children were pleased to help in shovelling the dung and pushing it in a wheelbarrow to the appropriate place.

At the Close of Day

The visit was quite a pleasant and fulfilling experience. The women wanted me to stay longer and also asked me to visit them again. I was pleased to tell them that I would pay them another visit in the near future.

While the village might seem quite small and poor, with the inhabitants mainly farmers, I was touched by how they seemed quite contented to live there and to work their own pieces of treasure (the land), which must have been passed down from generation to generation. Land is highly valued by these women, as it is how they make their living from produce they grow.

It was a long day and I had to return back to Nairobi. Travelling to and from the community in one day made it quite arduous. By the time I arrived in Nairobi, it was late into the night. In spite of the busy day, I still ended it with a smile, knowing that I had spent a very fruitful day with the women of Wanyori community.

Strong Qualitative Research During the Covid-19 pandemic: A Reflection