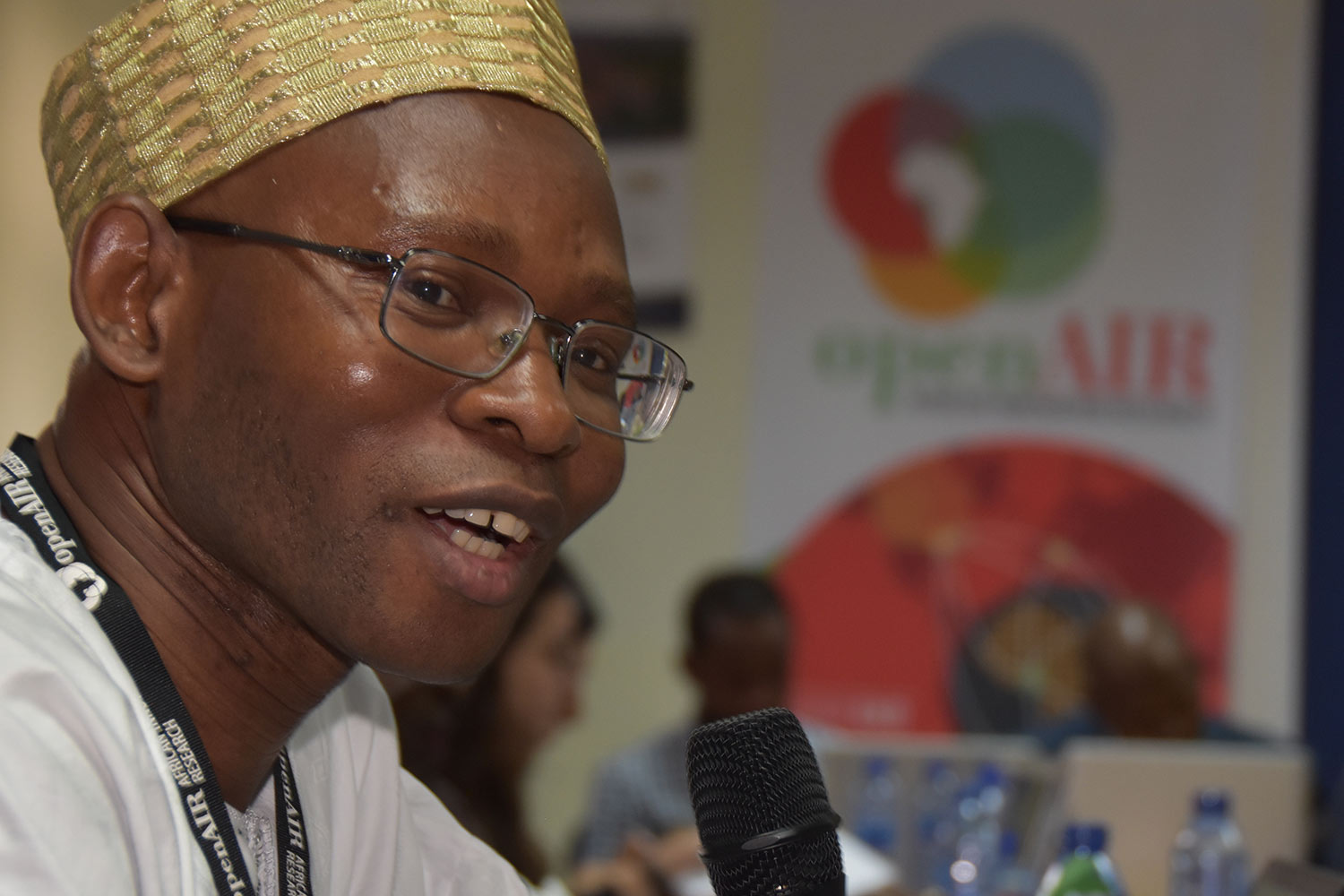 As an African and a Canadian, I inhabit an observatory. I am a resident in two worlds of blunt contrasts. On a good note, daily at every turn, those contrasts offer privileged lessons on the richness and complexity of the human experience, of our world.  In this observatory, it is irresistible not to have a geopolitical perspective on the dynamic of Africa’s relationship with the global south. And since the formal declaration of COVID-19 as a global pandemic on March 11, 2020 by WHO’s Dr. Tedros Adhanom Ghebreyesus, the reality of that stark contrast has never been more evident. Dr. Ghebeyesus is an Ethiopian, an African. He has the unenviable task of steering the world’s topmost health authority at a time of the worst pandemic in living memory. He has been calm and stable. He has managed to be both a purveyor of bad news and hope with an uncommon sense of balance between the reality of danger and the optimism of survival.

But Dr. Ghebeyesus’ measured and balanced tone goes only so far. In the stark reality of COVID-19 bursting across Africa, the world’s most economically fragile and politically vulnerable continent, there is barely a sense of assurance. That impression is inevitable in contrast to the experiences of Europe, Canada and the United States so far. The developed world is really struggling with containing the contagion. Some are losing the battle already. Italy, a country of over sixty million people has overtaken China (the origin of COVID-19) in casualty figures. America is set to beat that record. As the G7 and G20 economic powers meet to explore a global response strategy, Africa presents a chilly and imploding scenario. How much attention and priority it could attract in the two fora is not clear.

Four major response trends characterize the experiences of Canada and the rest of the western world with ongoing attempts to contain the spread of COVID-19. First, clearly, the virus has tested and unravelled the highly advanced health infrastructures of the developed world to a degree only conventional warfare can dare. Consequently, there has been paucity of hospital beds and spaces, scarcity of critical medical supplies of all stripes. Some of those are now being sourced locally in creative and unconventional ways. Second, medical personnel are bearing the burden representing the highest sectoral casualties as countries tap into ‘reserves’ – retired and student medical personnel are recalled and called to serve on the frontlines. Strange coalitions of desperation have emerged as Russia and Cuba respond to Italy’s distress call. The third trend is more refreshing: under the guidance of public health professionals, political leaderships have engineered, and are delivering life-saving messages to control and curtail social behaviours in order to roll back the virus’ spread. The short term target is to “flatten the curve”. Virtually everyone is now familiar with “social distancing”, “hand sanitation”, “self-isolation”, “contact tracing”, “quarantine”, etc. Also, as part of the exercise of critical political leadership, a quarter of the world is now under various degrees of emergency rules resulting in all kinds of social and economic restrictions delivered with pragmatic civility and compassion. Fourth, related to the last point, broad and unprecedented economic palliatives have been negotiated and legislated to ensure that all, especially the most vulnerable, are cushioned from these disruptions in order to mitigate their exposure and ensure there will be an economy to return to after the dusts settle.

And how do all of these measures resonate with Africa? In very recent memory, the continent was the epicentre of Ebola. Ebola’s geographical concentration in Africa enabled the world to mobilize variegated supplies – medical personnel, infrastructure, R&D resources, etc. to focus on Africa and halt Ebola. COVID-19 presents a radically different dynamic, not necessarily in terms of its pathology but with regard to its rapid global dispersal to a degree that has left all countries to their own devices. COVID-19 has come with a degree of intensity and urgency that has focused the attention of the world’s most powerful nations exclusively inwards. For example, even though they are joined by the hip, Canada and the United States have negotiated border closures in a slightly different way than America’s unilateral closure of its borders to Europe. These are unprecedented measures for unprecedented times.

And perhaps the scariest scenario that is unfolding by day and by hour is watching Africa struggle with escalated dispersal of COVID-19 within its borders. Europe, America and Canada are scrambling to procure test kits. How many such test kits are in Africa? How many can the continent of 1.2 billion people manufacture under an emergency timeline? Assuming that is not a problem, how many ventilators are there per capita? Nigeria, the continent’s most populous country with an estimated 200 million citizens is reported to have only 5,000 ventilators. It will be a miracle if half of those are functional. Although individual country statistics vary, the continent is served by an average of one physician for over 5,000 people. At a time when sources of external support are virtually non-existent, what is Africa’s best hope to tackle COVID-19? Perhaps the answer lies in what Africa could have done but failed to do several months ago by not taking advantage of the delayed arrival of COVID-19 on its shores.

Ideally, a viable pathway to tackle COVID-19 for African countries is via public health options, where the emphasis is on preventive measures, especially through a radical change in social behaviour. Hour by hour, it would appear that the window of opportunity which the late arrival of the virus in Africa opened is either closed or fast closing on the continent. But did Africa stand a chance? Public health can be advanced as well as undermined by behavioural and cultural components. It can also be enhanced by critical public infrastructure, some of which may not have direct or immediate logical relation to public health. On these counts, Africa needed and needs a peculiarly African-made public health response that takes cognizance of the African reality.

Expectedly, in a-copy-and-paste style, African governments have seized their local media spaces with all the buzz words: social distancing, hand sanitization, contact-tracing, etc. In Uganda and elsewhere, there are chilling and crude images of zealous police personnel lashing citizens like animals as their own way enforcing ad hoc ordinances on social distancing. How does social distancing work in ever-crowded African cities with chronic infrastructural shortages? From Nairobi to Lagos, Johannesburg to Accra, Kampala to Cairo, African mega cities are nested in slums and townships where social distancing is a fantasy. Crowds of people, on a regular basis, compete for few rickety public transit buses as seas of human heads shove one another in marketplaces. Double digit family sizes share single rooms in the townships. How does hand sanitization and sanitary discipline work where there is no public water supply for the majority of the people? And pray, how does contact-tracing happen amidst a paucity of civic data and efficient public service?

As the virus berths on the continent’s 54 countries, there is a dreadful and ominous vacuum of political leadership. Some political leaders are ensconced in their palatial opulence scampering for their own personal health now that they can no longer travel overseas for medical tourism. Save for a few countries like South Africa, Rwanda, Kenya, Ghana and Ethiopia, there is little appreciation of the scale of the problem and the danger it portends. Nigerians have yet to hear the voice of their President on the COVID-19 pandemic. African as a highly religious and communal society is forced to seek solace outside their resilient traditional cultural and social structures. It is a steep learning curve for a society ravaged by insecurity, unaccountable political leadership and economic stagnation.

As the G20 historically convenes virtually in a crisis mode, the Ethiopian Prime Minister, Abiy Ahmed, stretches the continent’s hand to ask for a $150b Africa Global COVID-19 Emergency Financial Package. According to him, the fund  will finance inevitable supplementary budgets  arising from COVID-19 disruptions. He also wants to negotiate a debt reduction and restructuring plan to ensure that recent economic progress on the continent is not wiped out by the pandemic. Abiy Ahmed’s basket of wishes includes a dedicated fund to be injected into public health delivery and emergency preparedness on the continent. Already, the G7 has failed to agree on a resolution principally  because of a squabble over what to call the virus. While America insists on associating the virus with Wuhan, the Chinese region where it originated, China is miffed. Even if Ahmed’s wishes were granted, how soon could they be transformed to make a practical impact on the continent given the reluctance of China and the US over the export of medical equipment and supplies?

As Africa again looks outwards for help, it is clear that the continent has little inward except the legendary resilience of its overburdened peoples and their strong communal ties. Only a few African countries are able to roll out economic palliatives that are capable of bringing succour to their people, as most Western countries have done. Even then, such measures can only impact a handful of the population. A majority of economic activities on the continent are informal and undocumented for the most part, and lie outside the direct cover of any government palliative measure. Nigeria, Africa’s largest economy, is already on its knees with the nose-dive in global oil prices, which has forced the devaluation of its currency.  Unless there is an unforeseen and dramatic turn of events favourable to Africa in the midst this pandemic, the continent is set to be the biggest casualty of COVID-19 when the dust finally settles. Clearly, neither the continent nor the rest of the world seem prepared for the scale of this ticking time bomb. One obvious lesson is that in the time of a global crisis such as we are currently experiencing, no country or region will shirk or even negotiate its obligation to its primary constituency. Those accustomed to looking outward will logically bear the greatest brunt of the crisis.

This article was originally published by University of Ottawa, Faculty of Law – Common Law Section