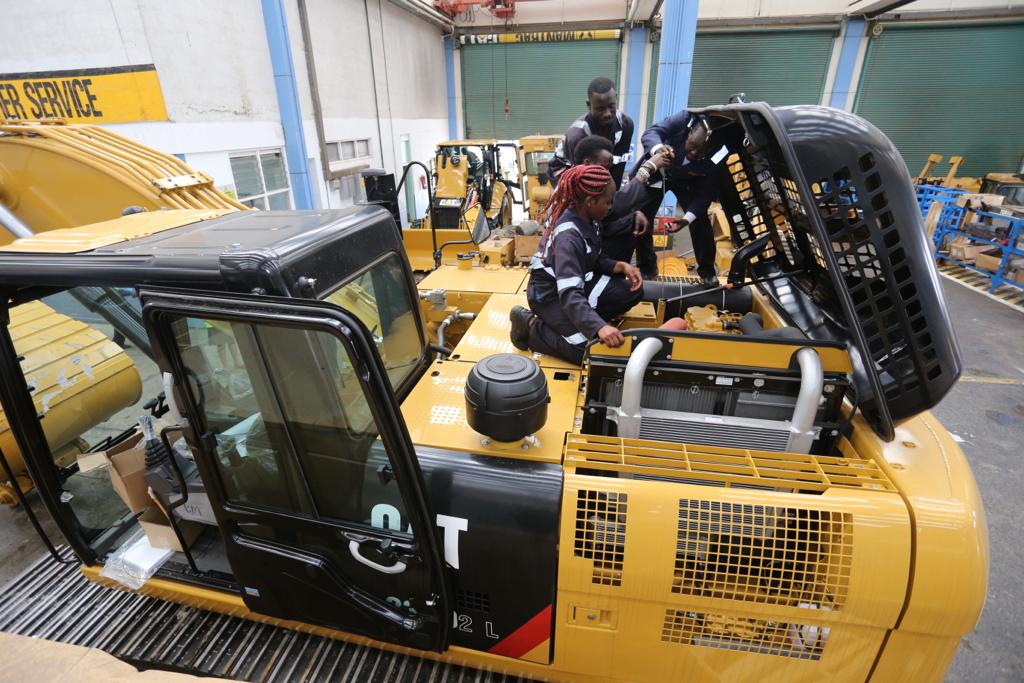 Since the beginning of time, women and men inventors and entrepreneurs have transformed our world through the power of their imagination and creativity, leading to great inventions and innovations that have continuously transformed society. Today, however, while they are more women in technology and engineering fields than ever before, their role in innovation processes is woefully undervalued.

Women entrepreneurs make significant contributions to the socio-economic wellbeing of their families and economies at large and there is a wealth of literature discussing their growing role in entrepreneurial development across the world. Their role in innovation and technology, however, is currently underrepresented and underappreciated. For example, a MasterCard Index of Women Entrepreneurs 2017 report highlights that men account for more than 92% of partners in the top 100 venture funded firms worldwide, while female-founded start-ups received only about 2% of total investments by venture capitalists in that year. In Africa, studies reveal that 93% of the funding in 2021 went to start-ups led by male CEOs, with less than 1% going to female-only founding teams. This is  despite some studies indicating that women led startups yield 35% higher returns on investments than those led by men and a company’s chance of success is increased by over 144% if it taps into women leaders to understand female consumers.

Women face greater barriers in their paths to innovation and entrepreneurship than men; including, but not limited to, unequal access to education and training, time constraints due to gender-based family obligations, lack of access to finance, and cultural norms that lower the perceived legitimacy of women in business.  Establishing credibility as economic actors, gaining trust and building stable relationships with a wide range of stakeholders are also key to entrepreneurial success in the current knowledge-based economy. Unfortunately, most women, especially in Africa, lack adequate motivation and time to network and build stable business relationships, due to entrenched gender norms that see women networking outside the home as going against established cultural values. In addition, there is a clear and recalcitrant gender gap in patenting and women’s ability to commercialize their creative output; most often due to IP laws that currently fail to engage or recognize women as equal creators.

Although there have been great technological advances in Africa in recent years, this has not been met by concurrent changes in traditional socio-cultural systems that tend to view women in business as less equal to the task. While this technological transformation provides new avenues for the economic empowerment of women (e.g. the internet, mobile phones, and digital financial services that can offer women opportunities to leapfrog) there is growing evidence that these technologies can also entrench patriarchal inequalities. For example, an OECD report reveals that, on average, 327 million fewer women than men have a smartphone and access to the internet. When women do own the phones, they use them less frequently due to cost of data and limited digital literacy.

The concurrent transformative shifts towards digital transformation and the 4IR – characterized by technologies that blur the divide among the physical, digital and biological spheres – such as AI, robotics, 3D printing, among others, are expected to transform the future of work, with a focus shifting to the role of women as economic actors. For example, in this new era, the traditional hierarchical organizational models are transitioning rapidly to more unstructured or ‘adhocracy’ teams within smaller, nimble enterprises that are more adaptive to rapid changes in the market. These new business models will require a diverse workforce with different skill sets and talents, emphasizing soft skills such as emotional intelligence, cooperative problem-solving, communication and stakeholder engagement;  which are areas in which women naturally excel. Furthermore, women have been found to have better managerial approaches – being more democratic, interactive and transformational – among other attributes that are key to innovativeness in teams. Other studies show that women also enjoy an edge over their male counterparts when it comes to group communication skills; being better listeners and having a greater tendency to collaborate and share information, attributes that are key factors in transformative innovation processes.

This does not mean that women will be better than men in these new innovation pathways, only that the addition of these key attributes to innovation processes makes them more likely to have significant, transformative impacts. Men and women are different and these differences should, and can be utilized for optimum productivity. This is according to Alicia Navarro, CEO of Skim links who notes that gender equality in any workplace processes inspire a broadening of thought and problem-solving, by bringing together minds that think differently. Simply put, too many people thinking in the same way, leads to blind spots, which can hinder innovation.

The pervasive spread of technology in society can also help women surmount some of the major barriers they face in entrepreneurship. For example, leveraging the internet to work from home can enable women to have a practical work-life balance while also providing exceptions to prevalent gender biases by keeping their gender hidden behind a neutral online persona. In addition, women entrepreneurs can apply the power of artificial intelligence and big data to create unique work schedules for themselves; allowing them to access, engage and collaborate with a wide range of stakeholders from the comfort of their homes, thereby meeting their business networking needs.

Opportunities for Women in Transformative Innovation and 4IR

Scholars advocating for more involvement of women in innovation processes contend that economic growth and development is highest if the innovative capacity of the entire workforce is available, not just a portion of it. These studies reveal a clear statistical pattern that women are just as creative and innovative as men and, furthermore, that they possess key characterises and attributes that will be much sought after in the era of transformative innovation and the 4IR. The question is how women can leverage on their key attributes and competencies, in order to enhance their participation in transformative innovation and the rapidly expanding the 4IR in Africa.