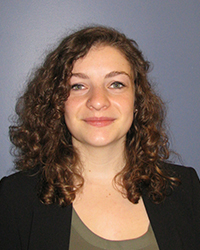 Alyssa Gaffen is a second year JD law student at the University of Ottawa, completing a joint degree with Michigan State University. She holds a Bachelors of Social Science in International Studies and Modern Languages from the University of Ottawa, including having participated in an international exchange program in Chile.  During her undergraduate degree, she became knowledgeable in interdisciplinary research methods and project management as well as having developed her French and Spanish language skills. Alyssa has previously worked for the Canadian Government regarding administrative, constitutional, and firearms laws, as well as having been a Team Leader with the University of Ottawa Health Services from 2011-2014. In the latter, Alyssa surveyed nearly 1000 students regarding Fair Trade products and presented the data in a formal letter to campus Food Services. Alyssa has previously worked for Open AIR’s Primary Investigator, Professor de Beer, as part of the First Year Technoship Program and hopes to pursue a career in Intellectual Property Law or Health Law, while incorporating activism into her future practice. She continues to pursue opportunities which emphasize cultural awareness and volunteers on campus with the Latin American Law Student Association and the Women’s Legal Mentorship Program.