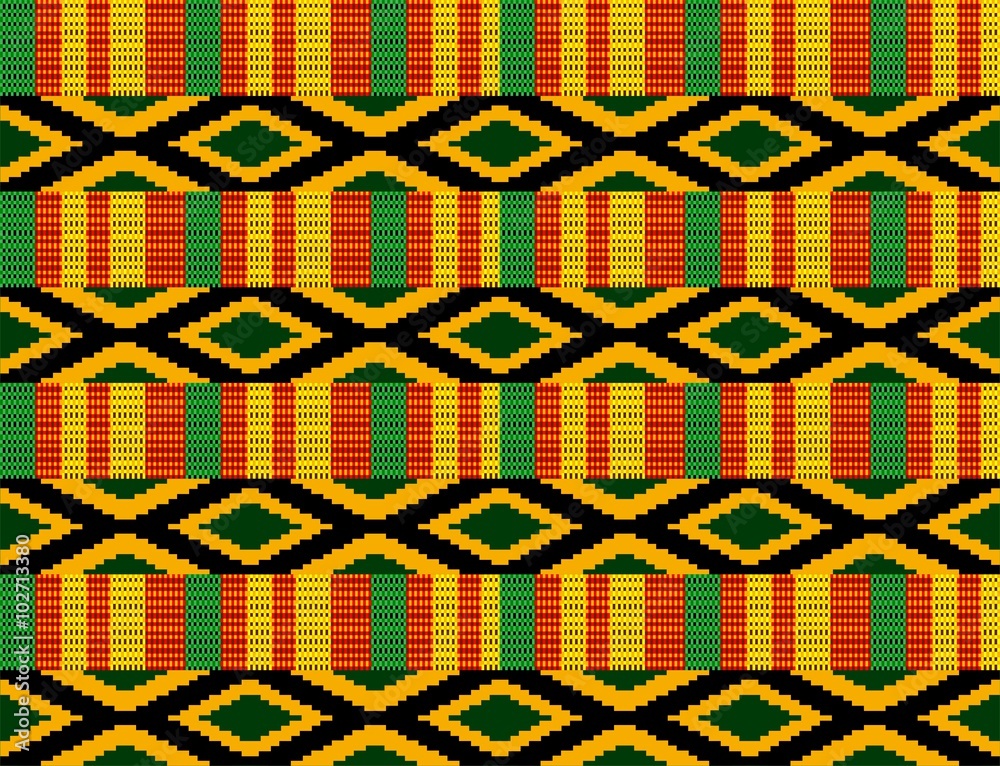 Women in Ghana face diverse forms of discrimination and are not equally treated as men both in the public and private sphere. One of the areas where women face discrimination among the Asantes and Ewes is in the weaving of Kente. Kente is a Ghanaian textile with significant cultural history and value, constituting an intangible cultural heritage (ICH). Research has shown that women play a vital role in the creation and preservation of intangible cultural heritage, however, in Ghana, the skills, knowledge, and techniques associated with the preservation of certain intangible cultural heritage are inherited by men instead of women, including Kente. During my QES-AS Fellowship, I conducted research on women and Kente weaving, resulting in my proposing several pathways forward to reinvigorate Kente weaving in Ghana, in a gender-sensitive and inclusive way.

Kente cloth is a Ghanaian textile comprising of handwoven cloth, strips of silk and cotton. Traditionally, the fabric was worn by royalty among several ethnic groups, especially the Asantes and the Ewes. Currently, the cloth has become well-known globally and is used in Ghana especially for celebrating special occasions such as marriages, puberty rites, the coronation of chiefs, etc. The skills, knowledge, and techniques for the creation of Kente cloth are passed on to men due to certain entrenched cultural beliefs, and gender stereotypes.

Women and Kente Weaving in Ghana

In a patriarchal society such as those of the Asante and Ewe, men are given more priority in terms of the passing on of the skills and techniques associated with Kente weaving. Stereotyping of gender roles in Ghana contribute to the discrimination women face. For example, it is accepted that the place of the woman is the home, specifically the kitchen. It is the responsibility of a woman to stay at home and take care of her children and husband. As such, it is assumed that weaving is too labor-intensive and will take time away from her duties at home. It is also believed that when women engage in Kente weaving – a craft for men – there will be competition between the sexes, leading to women disrespecting their husbands. In addition, there are also myths and taboos surrounding women weaving such as the belief that women who engage in weaving will become barren. All these factors prevent women from engaging in the creation and preservation of Kente weaving in Ghana.

Women are central to the maintenance and protection of cultural heritage globally. They play a major role in raising children, through which most intergenerational transmission and renewal of many forms of ICH occur. The role of women in preserving ICH, specifically within local cultural contexts is of vital importance in protecting cultural diversity and history.

The 2003 Convention for the Safeguarding of Intangible Cultural Heritage was enacted to safeguard the intangible cultural heritages of cultures around the world. The convention, however, fails to address issues relating to gender and ICH; women’s contributions to the safeguarding of intangible cultural heritage are not explicitly stated in the Convention. Countries such as Ghana have also not put in place robust schemes and legal provisions to address the discrimination women face in learning and inheriting skills associated ICH, including Kente weaving.

As a way forward, my research proposes that there are several pathways to reinvigorate Kente weaving in Ghana in gender-sensitive and inclusive ways. This includes providing a robust legal framework in Ghana for the safeguarding of intangible cultural heritage.

First, Ghanaian laws should include provisions that will enhance gender mainstreaming in the heritage sector. It will take more than laws to change the mindset of Ghanaians about the role of women in the Kente weaving industry. Thus, second, educating the public about the importance of women in safeguarding intangible cultural heritage must be promoted. This involves using print, radio, and electronic media to educate the public. Third, the Government should provide adequate funding to train women to support the Kente weaving industry. Fourth, NGOs such as Centre for the Development of People (CEDEP) in Ghana play a crucial role in encouraging women and providing resources to promote the Kente weaving industry in Ghana. It is therefore imperative that the Government support these organizations so that they can assist women in cultural industries. These gender-sensitive pathways will help address the inequality women face in Kente weaving in Ghana.