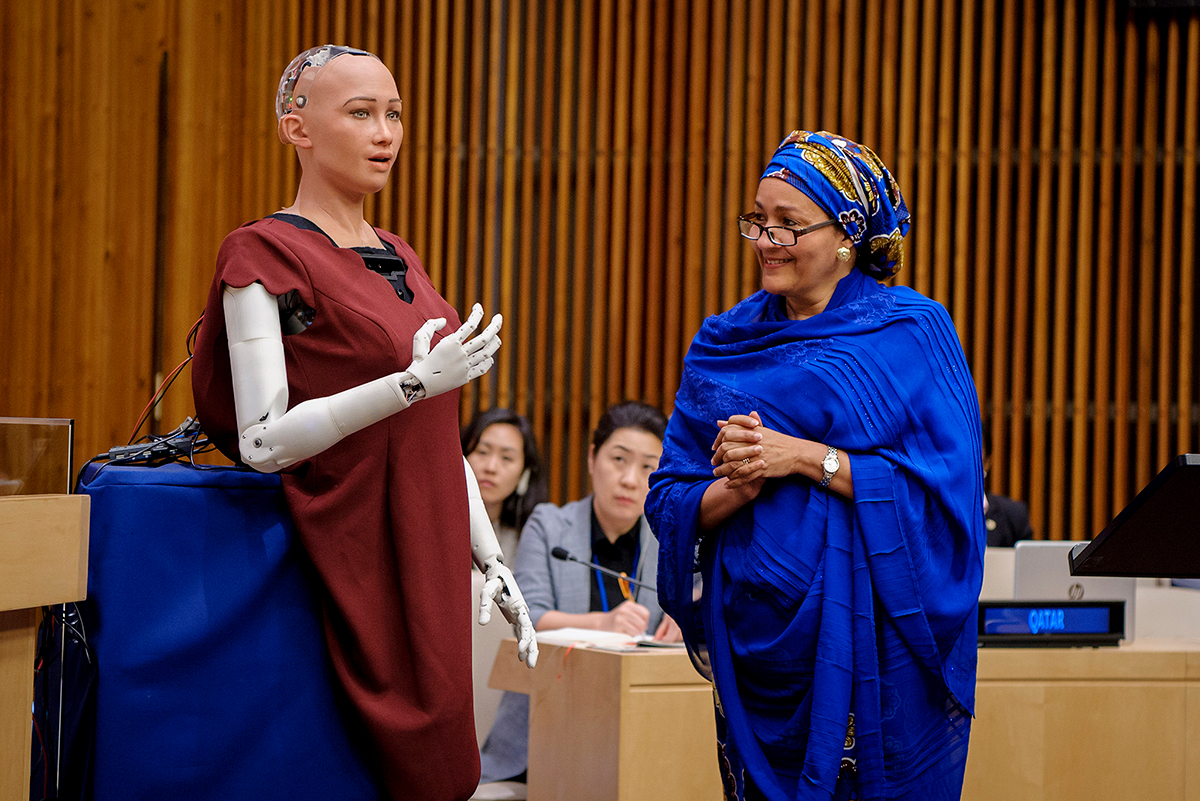 AI and Gender in Africa 1 was originally published by Access to Knowledge for Development (A2K4D).

The discourse over artificial intelligence (AI) and inclusion is an amplified version of earlier debates over digital technologies and inclusive development. On the one hand, digital technologies can magnify existing inequalities and widen prevailing gaps. On the other hand, these technologies can be consciously used towards mitigating inequities, empowerment and inclusion.  Gender issues fall at the heart of this paradox. Typically, women can be disfavored by data and algorithm biases especially as they reflect and sometimes amplify inequities on the ground. At the same time, women stand to benefit from policies that consciously address these anomalies, provide safety nets, and utilize AI technologies for inclusion in new forms of sustainable work, entrepreneurship and innovation.

The potential of new technologies to magnify existing inequities becomes more challenging in contexts where inequality is multi-layered. This is the case in Africa where gender inequality is but one facet of complex inequities that extend beyond income and that are rooted in various disparities including race, ethnic and social background. Such intersectionality contributes to the inequality of opportunity further aggravated by the new technologies.

Multidimensional inequality is an African reality for women, especially those living in rural areas. More than 40 percent of the women in Kenya are considered “poor in more than one dimension”. In 2019, female unemployment stood at 22.2 percent in Egypt, 22.3 percent in Tunisia, 30 percent in South Africa and 20 percent in Namibia.  According to the World Economic Forum, the employment gender gap reached nearly 80 percent in Algeria and 69 percent in Egypt in 2017.

Gender also cuts into the digital divide. Even though Africa has impressive growth rates in Internet penetration compared to other parts of the world, it is the only continent where the digital gender gap has increased over the last seven years. While 60 percent of African women own a mobile telephone, only 18 percent have Internet access, and over 200 million remain unconnected. The digital divide itself has many layers, including but not limited to disparities in skills and opportunities of usage. Access, therefore, is necessary but not sufficient to ensure “meaningful” usage of the Internet for the advancement of the well being of women and everyone else.

In line with this, women in Africa are likely to be marginalized by AI on more than one level. First comes the inaccuracy of the data, AI’s primary input. Examples are inaccuracies resulting from a “data blur” as aggregation clouds out details, especially on gender-sensitive issues like health and employment. Data inaccuracy can also be an outcome of top down data collection methodologies which miss activities and communities that fall outside the radar of the formal lens, resulting in “data blindness”. Examples are informal workers, many of whom are women. This would apply, for example, to a significant portion of women in Sub-Saharan Africa including South Africa, where female informal employment constitutes 92 percent of total female employment and 83 percent of total female non-agricultural employment.

This invisibility of women in data feeds into a larger bias in policy and other decision making which relies on AI algorithms being fed deficient data. Examples are algorithm-based decision making in the financial sector, where women constitute 60 percent of the 400 million people in Africa who lack access to the digital financial services across the continent. In sub Saharan Africa, about 35 million women are excluded from financial services, and in Egypt as much as 91.7 percent of women were not banked, at least until 2014.

The lack of ownership of a bank account can be traced to other female invisibilities. In Uganda, women’s inability to provide formal documents such as identity papers and utility bills prevents them from opening a bank account as they are unable to fulfill the “know-your-customer (KYC) requirements.”  The fact that these cohorts of women are absent from the official data apparatus and their consequent absence from the algorithm means their eventual exclusion from these financial services and from other broader policies, especially those related to subsidies, housing and social safety nets.

Moreover, these algorithms are typically developed in the Global North and trained on data sets that are very different from the African context, and thus may exclude certain communities, women included, from particular services. Examples of such “allocative harms” can extend to decisions related to eligibility to bank applications for loans or credit.  This also applies to facial recognition algorithms that can have serious ethical consequences and unduly exclude women of color.

Despite the above, there remain rays of hope. Indeed, In the context of entrepreneurship in Africa, there appears to be a significant transformation that is referred to as “feminization” of entrepreneurship, in so small part fueled by new technologies. Vibrant start-up ecosystems that support women are emerging in Kenya, Nigeria and South Africa, with North Africa catching up. One example is Morocco’s WaystoCap, an ambitious female-led tech start-up that provides a cross-border commerce platform, based in Casablanca. According to the 2017 Mastercard Index of Women’s Entrepreneurship (MIWE), Sub-Saharan Africa has the world’s highest rate of female entrepreneurs (27 percent), described to be “significantly higher than in the United States, the United Kingdom and Germany, to mention a few.” Indeed, in Uganda 34.8 percent and in Botswana 34.6 percent businesses are owned by women.

In Egypt, women have utilized technologies as they engaged in the ride sharing platform services as drivers. This is unprecedented in a male dominated taxi driving culture.  This empowered the women not only by their ability to provide for their livelihood, but also by their success in breaking social taboos and learning to utilize digital technologies to ensure their safety.

Another ray of hope emerges from African women engaging with code. When the “African Girls Can Code” Initiative was launched in August 2018, within the first 10 days, 80 girls from 34 African countries signed up to attend Coding Camp in Addis Ababa, Ethiopia. SingularityNET, a startup that hires and promotes African female engineers. About two years ago, this startup had achieved launching their Robot (Robot Sophia). In order to counter the “male-centered ‘geek culture’”, Code4CapeTown in South Africa invests in women coders and programmers, including running a coding program for high school girls.

African realities call for an African centric approach to data and AI in a way that maximizes the potential of AI for inclusion of women and mitigates the risks of marginalization. In that sense, there needs to be innovative data collection and management methodologies with an eye to inclusive and disaggregated data, and the development of homegrown and/or adapted algorithms that are gender sensitive, as well as conscious efforts to have more African women in code.

Needless to say, AI strategies should not be drafted in isolation of the overall development agenda and the relevant policy making, in order to especially ensure safety nets for women who are harmed by the negative effects of the new technologies.