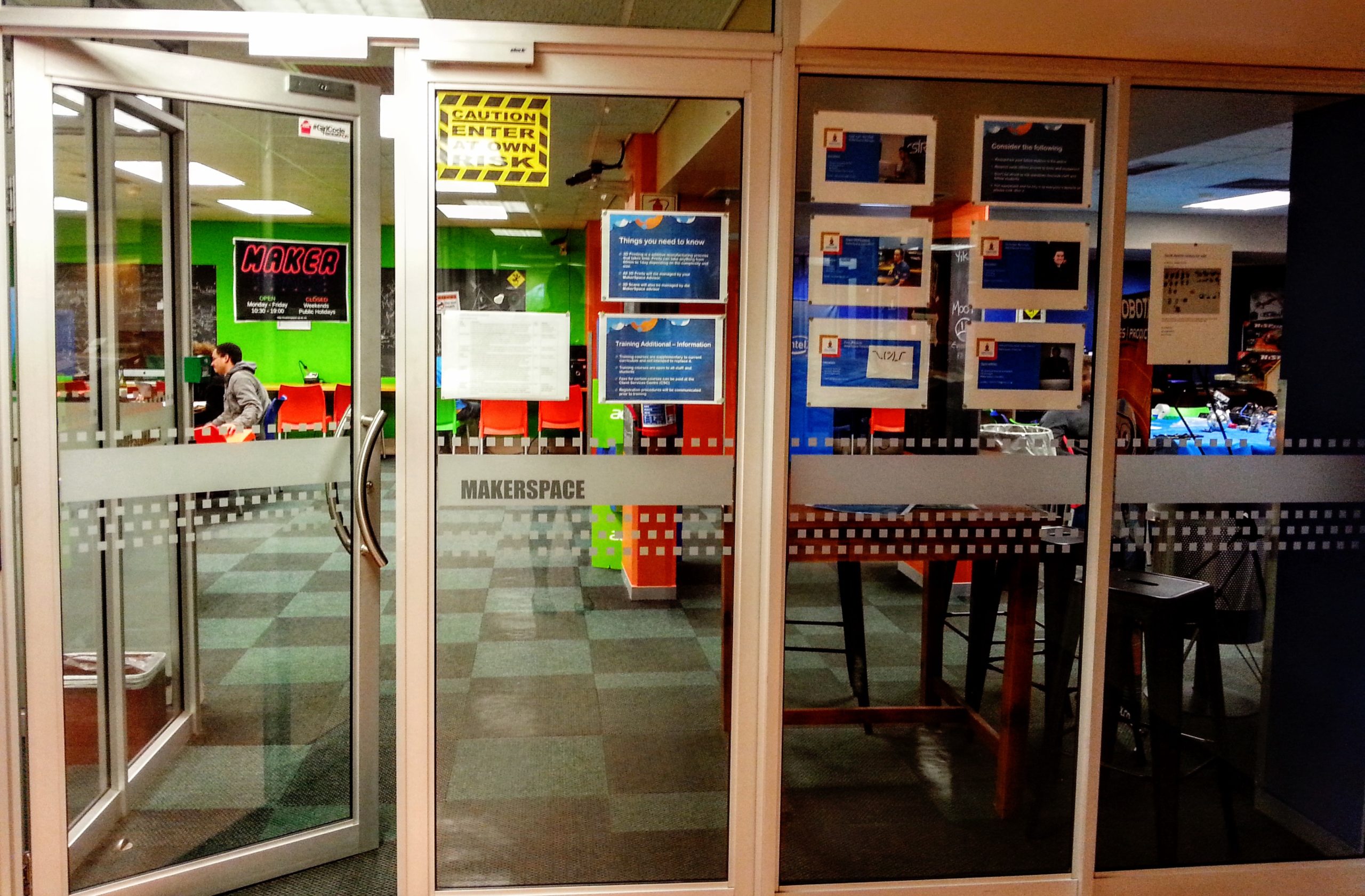 This is part two of Meika Ellis’ ongoing field research into makerspaces in South Africa, for part one, please click here.

Creativity is a key ingredient in innovation, and the University of Pretoria’s (UP) makerspace screams it from the moment one arrives; the walls are brightly painted orange and green, there are several large tables surrounded by equally bright chairs, and along the back and side walls lay computers, makerbot 3D printers, and, of course, a coffee machine. Currently, UP is the only South African university with a ‘formal’ makerspace, although many, including the University of Cape Town and Rhodes University, are working to establish their own official makerspaces.

UP’s makerspace runs primarily on sponsors including various university departments, Intel, and the Southern Africa Resilience Innovation Lab (SA RILab). The SA RILab and university departments within UP have aided by setting up student competitions who, in turn, use the space to develop their ideas. For example, the SA RILab’s most recent competition is the Youth Spark Innovation Grant.
In the first phase of this grant, students are given seed money to create a prototype of an idea that has the “potential to strengthen the resilience of [African] communities”. The student(s) who wins is then granted additional funds to produce their product during phase two. One such project is by a second year mechanical engineering student who is using the laws of physics and thermodynamics to create a device that produces cost-effective electricity with the hope to bring them [the devices] to marginalized communities.

While in Pretoria, I also had the opportunity to attend a workshop as a part of the 13th International Southern African Online Information Meeting (SAOIM). Besides being gracious hosts, the workshop was very insightful and especially useful for those looking to set up a library makerspace (i.e. a makerspace that resides in a space within a general library). This workshop looked at how makerspaces can work in a library setting and how others can make it a reality in their institutions. The speaker was Mr. Isak van der Walt, the manager and founder of UP’s makerspace. He emphasized how library makerspaces can help students to learn by doing as well as how makerspaces are highly flexible and are thereby able to meet universities’ needs, from digital humanities (e.g. ancient artifacts can be “recreated” via 3D printing) to innovation incubators, or even simply a space for students to create for the sake of creating. Mr. van der Walt strongly believes that makerspaces will be a standard practice in school libraries in the near future.

The Open AIR network is looking to help further the types of innovation and work going on at the UP makerspace. We also strongly believe in the potential for informal makerspaces, not just institutionally-based spaces. As such, one of the goals of our research into makerspaces is to see how we can help foster inter-campus and university-community collaboration between respective makerspaces. My research, and that of my colleagues’, is not purely academic, rather we aim to see how the global maker movement is contributing to innovation around the world, how this can be further developed, and how we can help.

An important question for the public to understand is why is the maker movement important? The answer is too detailed for this post, so stay tuned. In brief, based on my research to date, given its potential to turn people from consumers into makers, this growing movement could be key to innovation and our future. After all, a maker is the one who holds the potential to change the world.

Meika Ellis is part of the New and Emerging Researchers Group at the University of Ottawa. Her fieldwork research in South Africa was supported by the Open AIR Partnership’s funding from the Social Science and Humanities Research Council (SSHRC) and International Development Research Centre (IDRC).

Lords of the Platforms: Beyond Banning Twitter, What else Should Nigeria do?

Access to COVID-19 Vaccines: the Patent Freeze Proposal and a New Global Strategy

From Africa to the World: Unlocking Barriers for Women to Trade