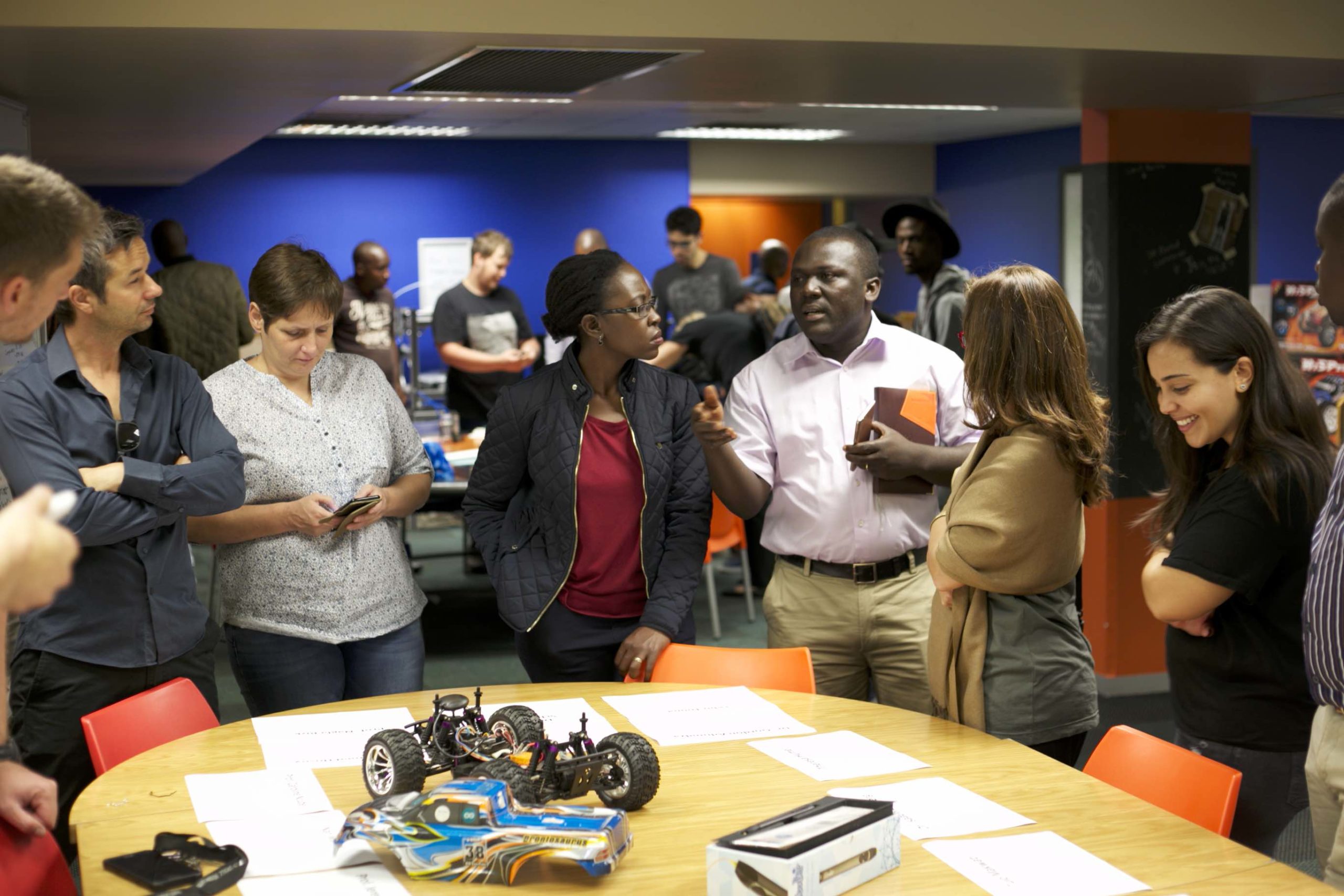 Enthusiasts and researchers gathered on Friday 3 March 2017 to discuss the growing African maker movement. The workshop was hosted at the Institute for Economic Research on Innovation (IERI) at the Tshwane University of Technology in Pretoria, South Africa, with support from Open AIR and the Wits University LINK Centre in Johannesburg.

The African maker movement is focused on largely informal, openness-oriented innovation by collectives of interdisciplinary makers working together in makerspaces. Sometimes referred to as an “open source hardware” movement, making typically involves the collaborative use of digital 3D printers, Arduino circuits, laser cutters and milling machines to create innovative products.

The maker collectives featured were Geekulcha in Pretoria,  I Make Makers Lab at the Makers Village in Irene (next to Pretoria), Maker Station in Cape Town, eKasi Lab Ga-Rankuwa in Pretoria North, The MakerSpace in Durban, the Digital Innovation Zone (DIZ) MakerSpace at the Wits University Tshimologong Digital Innovation Precinct in Johannesburg, KATO in Cape Town, the University of Pretoria (UP) MakerSpace, and BinarySpace in Vanderbijlpark (in the Vaal Triangle, south of Johannesburg).

On Thursday, a team of Open AIR researchers took a pre-workshop tour to visit some of Pretoria’s exciting and diverse makerspaces. Our collaborators from South Africa, Kenya, Ethiopia, Egypt, Nigeria, Ghana, and Canada  rode the Tshwane University of Technology bus from space to space, sharing insights and ideas from across the continent on the way. Highlights from the tour included the UP MakerSpace, Geekculcha (headquartered at mLab Southern Africa, in the The Innovation Hub), and the I Maker Makers Lab.

On the Saturday after the workshop, the three days of activities wrapped up with Open AIR researchers receiving an “Intro to Making” session facilitated by one of South Africa’s pioneering makerspace, House4Hack. (Guided by House4Hack members, the Open AIR participants built Arduino-controlled, cricket-playing robots!)

Highlighted Tweets from the Event: