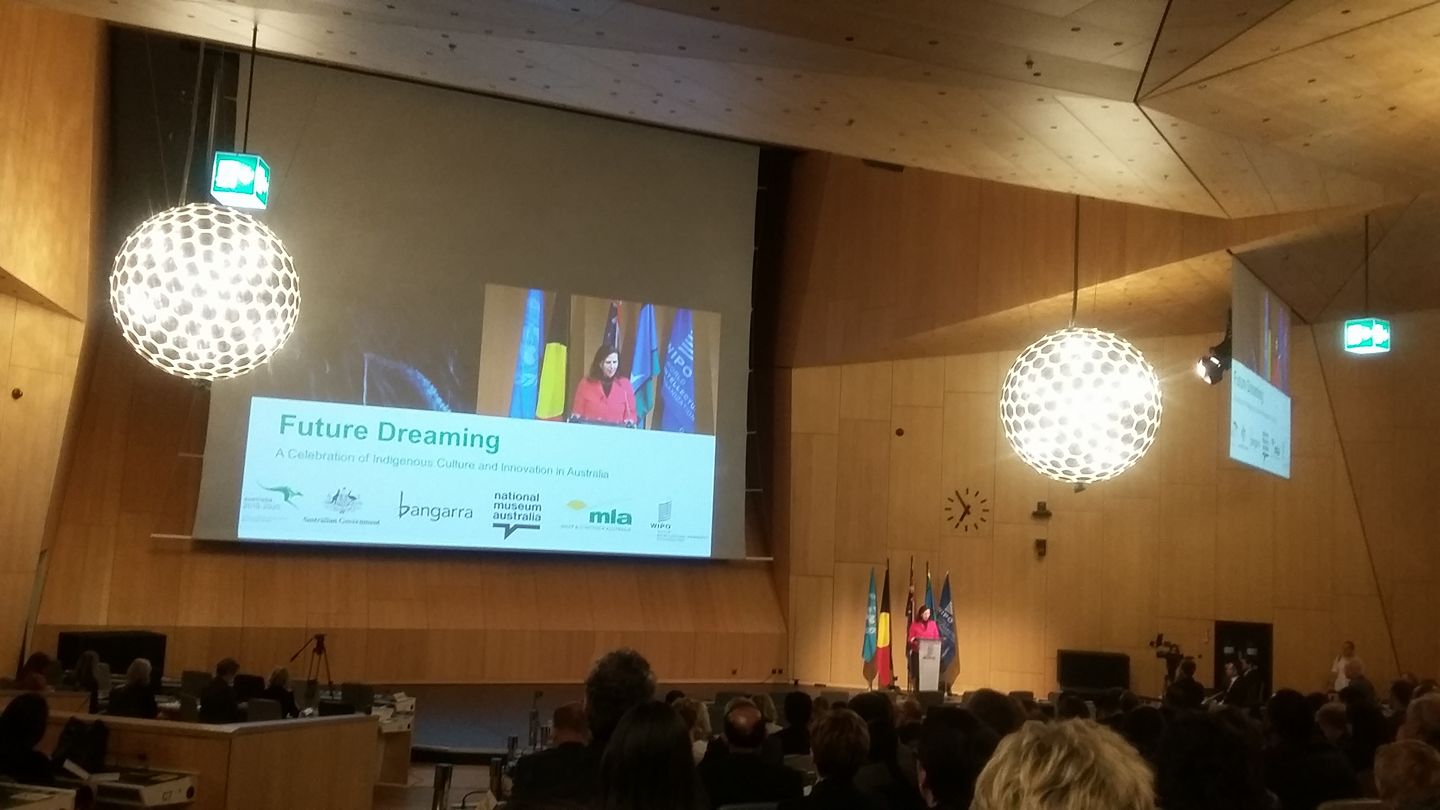 The WIPO-IGC recently commenced the next installment of its deliberations for a text-based instrument that focuses on the protection of traditional cultural expressions (TCEs), pursuant to its mandate. There are two scheduled forums on TCEs beginning Feb 27-March 3 and to be completed in June 2017, which will round off the Committee’s work for the 2016-17 biennium.

At the opening ceremony of the 33rd WIPO-IGC in Geneva on Monday, WIPO convened an Indigenous Panel and keynote presentation, in which the issue of representation and participation of Indigenous Peoples at the IGC was yet again flagged by both the WIPO Secretariat, the IGC Chair, Ian Goss, and the Indigenous Caucus. Since 2014, the voluntary fund for supporting the attendance and participation of Indigenous Peoples at the IGC remains depleted, with no interest by member states to replenish it. In a passionate plea, a member of the Indigenous Caucus from Brazil lamented that “our participation [at the IGC] is central, and our absence does violence to our heritage.”

The last draft document on TCEs was compiled during the 27th session of the IGC in 2014. The current debates are being conducted pursuant to the 2015 WIPO General Assembly mandate to the Committee to “continue to expedite its work, with the objective of reaching an agreement on an international legal instrument(s) without prejudging the nature of outcome(s), relating to intellectual property which would ensure the balanced and effective protection of GRs, TK and TCEs …”

Given that the IGC draft texts on GRs and TKs are perhaps more advanced in relation to the draft TCEs text of 2014, on the face of it, it appears that the current meetings would benefit from the heavy lifting already done on those two more recent texts. However, the TCEs debates present a unique challenge of its own given the overlaps of TCEs with TK. Yet the checkered history of the struggle to vest folklores, now TCEs, with some distinct space in international intellectual property jurisprudence receives another boost under the IGC auspices.

There is already a tendency in the ongoing deliberations on TCEs to extrapolate the language of the previous daft texts, especially the TK draft text, into the evolving TCEs text. However, the IGC delegates will need to struggle with the limits that such an exercise entails. In other words, they are confronted with the task of mapping and recognizing the overlaps between TKs and TCEs, while also identifying the points of divergence. For example, while the draft TK text has developed a robust framework on tiered and differentiated approaches to TK which identifies categories such as sacred, secret, narrowly- and widely-diffused TKs, delegates are must consider the extent to which – and how – such classifications might be adapted onto the TCEs arena.

In addition, delegates have yet another opportunity to review and revisit the working definition of TCEs that has been developed previously. The 2014 draft text on TCEs provides a definition of TCEs in the usually bracketed format (indicating the lack of consensus by member states) as follows: “[Traditional] cultural expression means any form of [artistic and literary], creative and spiritual,] expression, tangible or intangible, or a combination thereof, such as actions, materials, music and sound, verbal and written [and their adaptations], regardless of the form in which it is embodied, expressed or illustrated [which may subsist in written/codified, oral or other forms]” (footnotes omitted).

Perhaps, given the highly-devolved regime complex around TCEs, delegates to the IGC are required to walk a very fine line to justify the extent or degree to which any emergent text would be complementary and not duplicative of the regimes and sites with jurisdiction relevant to TCEs. For example, those include but are not limited to the WIPO Performances and Phonograms Treaty, UNESCO treaty regimes on intangible cultural heritage, existing copyright and trademark treaties, international legal instruments on geographical indications, etc.

Aside from carving out a justified space for TCEs in the context of its limited mandate within the WIPO framework, the IGC expert delegates are required through the two remaining negotiations on TCEs in the 206-2017 biennium to determine, in a more precise manner than the current draft TCEs texts, the following items: policy objectives, use of terms, subject matter of the instrument, beneficiaries, scope of protection, administration of rights and exceptions, and limitations. All of these categories are consistent with the overall architecture of the IGC instruments emerging from existing drafts on GRs, TKs and TCEs. At the completion of the scheduled deliberations on TCEs the IGC will finally have advanced texts on GRs, TKs and TCEs, a move that will finally move the international community closer to a diplomatic conference, the next concrete step in a negotiating process that has now dragged on for over 17 years. Given the differing interests and positions of member states and their affiliated regional blocs at the IGCs, the feasibility of a diplomatic conference any time soon remains a matter of speculation.