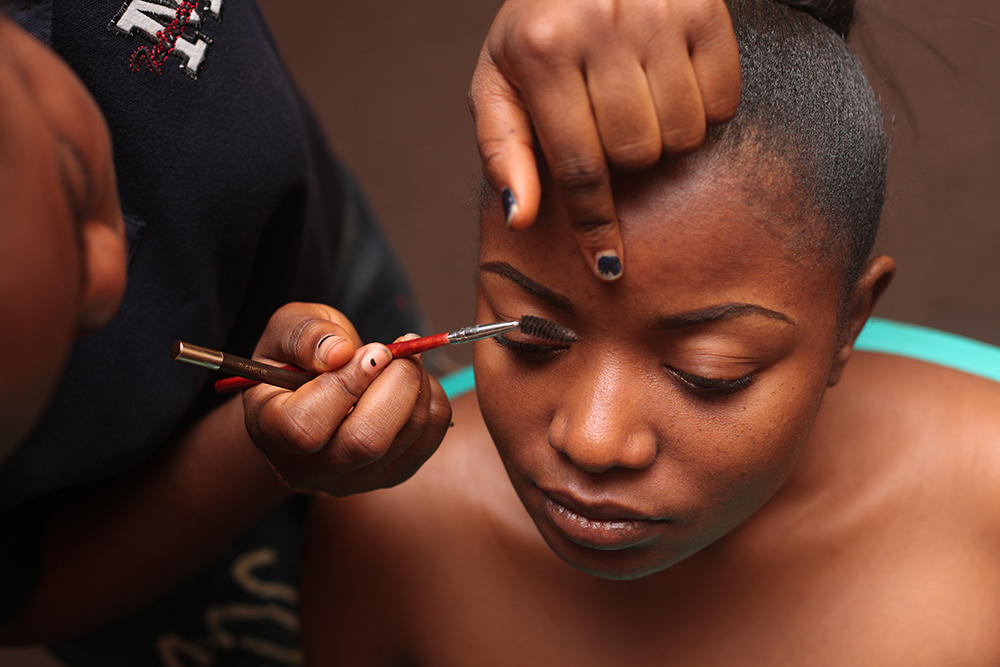 Despite the very significant role women entrepreneurs in developing countries play, their businesses lack financial security, which in turn stymies their economic growth. This is as a result of various factors including limited access to formal finance mechanisms, high costs of finance (high interest rates), and other infrastructural deficiencies. One of the foremost ways in which women are shut out of many economic activities is their lack of access to intellectual property (IP) protections. This is not because they are women per se, but because IP mechanisms were not designed to include traditionally female occupations.

I am currently a PhD NERG Fellow, conducting research at the Canada hub of Open AIR, housed in the University of Ottawa’s Centre for Law, Technology and Society. Since the protection of IP is believed to be an effective strategy to sustain the growth and development of entrepreneurship (WIPO), my research sets out to find out if women entrepreneurs in Nigeria do in fact enjoy or may enjoy economic benefits through the Nigerian IP system. This research will hopefully inspire similar studies in additional countries and may have lessons that can be applied to other countries, both developed and developing.

My research has two aims. The first is to draw women entrepreneurs into the ongoing global debates about the role of intellectual property in developing countries. This will be carried out by investigating their level of interactions with and their experiences in the IP system. Second, to find and propose reforms in the current IP system that may create an equal playing field in the IP process by reducing the barriers faced by women entrepreneurs. It is hoped that the proposed reforms I uncover may help to bridge the gender gap, helping to unlock the full potential of women entrepreneurs in developing countries to achieve their economic goals.

The primary function of intellectual property rights (IPR) are to protect a person’s work from being used by others. Despite the wide recognition of the importance of IP in promoting innovation and galvanizing global trade, IPRs have often been a matter of much debate in terms of their applicability and impacts on the economic prospects of developing countries. Further, the IP system was designed in highly gender stratified societies, with strict gender roles, making many scholars and practitioners call for a complete redesign of IPRs in their current format (Carys Craig, UNDP, Dan Burk). For this reason, it is important to investigate the role of IP laws in defining markets and in advancing commercial interests from a feminist perspective.

Investing in women is widely recognized as crucial to achieving the UN SDGs, with more than one specifically dealing with ensuring gender parity in economic opportunities. In order for such investments to be effective, a closer examination of the role of IPRs on women entrepreneurs in developing countries is required. Such studies may provide a basis for the current suggestions for reforming the IP system in developing countries, such as Nigeria, so that they will support the economic success of women entrepreneurs. This will hopefully lead to re-imagining an IP system that actually provides real incentives to entrepreneurs in low income areas concentrated in the informal sector, rather than primarily for the use and benefit of multi-national companies concentrated in the formal sector (Oguamanam 2012).

Nigeria is Africa’s most populous country, with approximately 180 million citizens. The Nigerian beauty and personal care market is experiencing rapid and dynamic growth, providing lucrative opportunities for beauty businesses across the region and beyond. Globally, the cosmetic industry is currently considered to be worth an estimated $3 billion USD and its value is considered to continue to rise as the number of working women with disposable income increases. This makes research into the role of IP, from a gendered perspective, in this sector crucial. Nigeria is in a strong position to take advantage of this market growth and women entrepreneurs are taking a leading role.

The Global Entrepreneurship Monitor also reports that Nigeria has the highest number of women entrepreneurs in the world. A good number of these women entrepreneurs are in the cosmetics sector, where they manufacture and/or sell handmade cosmetics, often made from natural products such as Shea butter, herbs, fruits, etc. Nevertheless, despite constituting half of the population, women continue to lag behind in all aspects of life (economically, socially, and politically), even after many various interventions by both local and international human rights groups.

I am passionate about this research because I, too, am a Nigerian woman who was an entrepreneur for twelve years in the informal sector as an interior designer / decorator. Over the course of those twelve years, I experienced several skirmishes with competitors over copying / stealing my designs but had never considered the option of IP protection because I was unfamiliar with the system. As soon as I became exposed to IP in the course of my research at the Nigerian Institute of Advanced Legal Studies (NIALS), my first interest was in finding the nexus between IP and women entrepreneurs. I am excited to be conducting this research as part of the Open AIR network and look forward to it having a real, tangible, impact in peoples’ lives.